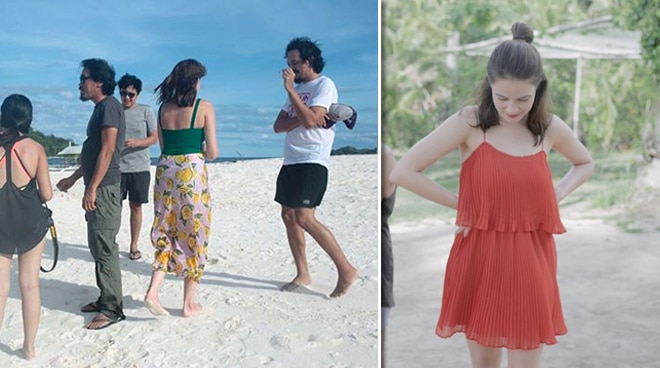 John Lloyd Cruz made the online world abuzz after posting snapshots of the behind-the-scenes of the upcoming project he is working on with Bea Alonzo. It can be recalled that the actor was recently spotted with Bea in Palawan.

"Set namin," he posted on Instagram on June 16.  The photos that the actor shared was shot by Paul Mondok.

Bea recently addressed her rumored project with John Lloyd after their Palawan photo went viral. Though still mum about the details, Bea said that she was elated to see the actor again.

“I was happy to see him. We had a good time there. We were with friends also. But I can’t disclose what’s it’s for yet. Pero, ano ‘yan, surprise,” she said in an interview last week.

Both stars last worked together in the 2015 hit movie A Second Chance. The actor filed for indefinite leave of absence from the Kapamilya network in 2017.