Comedian Mikey Bustos admits he feels closer to his father now after traveling together. In his second year to be chosen as a celebrity ambassador to Taipei, Mikey Bustos said he feels very lucky to be able to visit the country four times already. This is my second year as ambassador of Taipei and I’m truly honored to be here and grateful for this and to be able to visit Taipei. The first time I went there was just for vacation and then last December I was invited to perform for their Filipino Day so I went there then. And then the next two times was when I filmed the promo video. I’ve been doing YouTube now for nine or ten years and I feel grateful to be able to still do YouTube full-time because of the gracious support from mga kapwang Pinoy,” he shared.

For this year’s #UndiscoveredTaipei campaign, Mikey shot his latest music video in Taiwan and brought along his dad. “It was a really fun experience to do and to shoot. The story is I brought my parents to Taipei but for the shooting I brought my dad who was visiting the Philippines from Canada. He wants to retire in Manila so I said, ‘Daddy, let’s go to Taipei too!’ And he really loved it,” he told PUSH.

Despite it being their first time traveling together since he came out, Mikey said it was not awkward between him and his father at all. “It was cool. Not awkward. It was the first time my dad saw me and my partner being like, couple-ish I guess (laughs) and he was totally okay with it. So that’s why that trip has got a special sentiment to me. My dad and I, we also went through an amazing transformation in our relationship when I came out to him. It’s like I’ve never been closer to my dad in my entire life than it was this year. I came out to him a week before it actually became public,” he said.

The popular YouTuber said he also misses his family abroad which was why spending time with his dad was so special. “For one thing, he enjoyed spending time with me because as you know I’m a reverse OFW. I live in the Philippines where I’m working and everyone else is in Canada. So he enjoyed spending time. He also enjoyed doing shopping. We went shopping for different pasalubongs. They have night markets with lots of random things and goodies if you like to go through all the stuff like clothes. He brought it back to Canada. We were there already so he wanted to get all of his shopping done. My dad likes to buy 20 pieces of the same shirt but different designs and he wears it for like ten years (laughs). So that’s what he did,” he said.

With each visit to Taiwan a different experience, Mikey said he was happy his dad was there to see it with him. “Visit Taipei because there’s great food, great ambiance and lots of great Instagram photos. For this trip, I really loved the hot springs. They’re really amazing. It’s good for the skin and that was kind of new for me. I think it’s such a cool thing. My dad tried it as well. In our hotel room where we were staying in, we each had a stone hot spring and the water doesn’t come from city water, it came from the ground really. It was kind of smelly because it has sulfur but it’s so good for the skin. It felt like baby oil was rubbed all over my body. So that was so cool. And then they have public places where you can soak your hands, sit and soak your feet. So all the titas and titos were soaking their feet and their hands and it really shaped that area of Taipei. That just goes to show you how diverse Taipei is,” he shared. 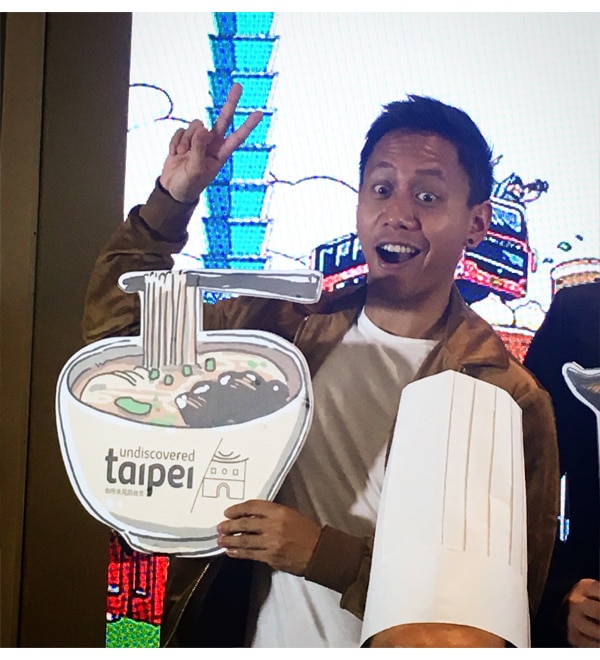 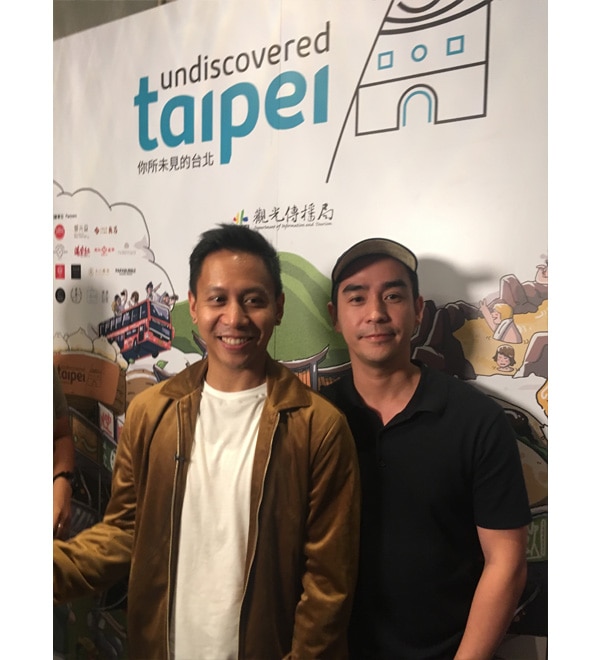