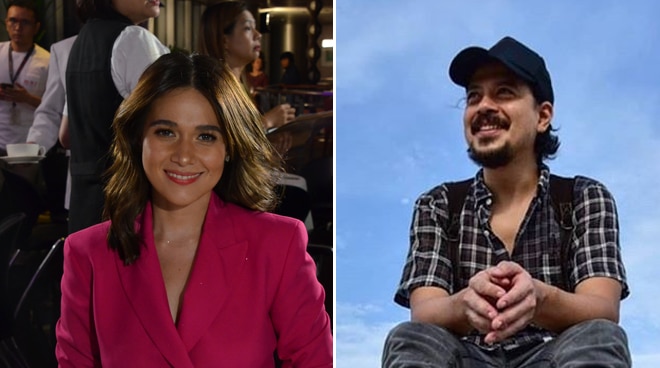 While several photos circulating online seem to point out that a reunion project for John Lloyd Cruz and Bea Alonzo is in the works, Bea Alonzo chose to keep mum about her reunion with her former love team partner.

The actress, who was recently spotted in El Nido, Palawan with John Lloyd, addressed the speculations of fans during the Thanksgiving party for the success of her latest film Eerie which earned P201 million worldwide box office.

While she chose not to disclose further details about the “secret” project, she assured fans that they are in for a surprise.

“I was happy to see him. We had a good time there. We were with friends also. But I can’t disclose what’s it’s for yet. Pero, ano ‘yan, surprise,” she said.

Asked if it was her first time to see Cruz since the latter took an indefinite leave from showbiz, Alonzo admitted she never lost contact with the Kapamilya actor and maintained keeping in touch with him.

Bea also said she missed working with the actor, whom she first worked with back in 2002 for the series Kay Tagal Kang Hinintay.

Alonzo, who just returned from Palawan yesterday, admitted she got surprised when she found out that photos of them have already started circulating online.

Bea Alonzo last worked with John Lloyd Cruz in 2015 for A Second Chance - a sequel to One More Chance - one of the most successful romance films in Philippine cinema.