As seen in photos shared by a certain Lizette Franco on Instagram last Sunday, the main cast just finished their screen test for the "Love Thy Woman", currently billed as the next big serye with its u 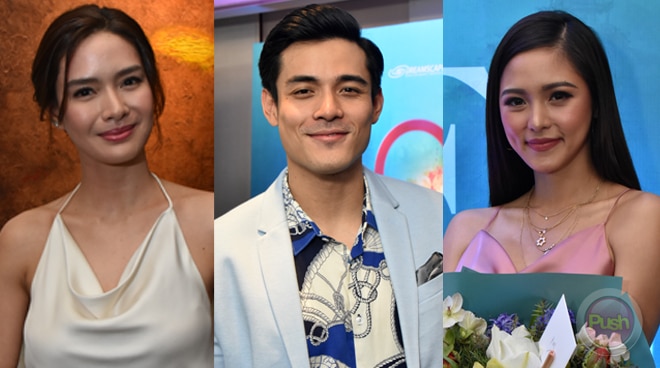 Stars Kim Chiu, Xian Lim, and Erich Gonzales are preparing for the launch of their newest television series, Love Thy Woman.

As seen in photos shared by a certain Lizette Franco on Instagram last Sunday, the main cast just finished their screen test for the show billed as the next big serye with its unique storyline and powerhouse cast.

Kim stars as the daughter of Sunshine Cruz and Christopher de Leon, while Xian will play as the fiance of Erich Gonzales' character, who happens to be Kim's half-sister.

According to host and eventologist Tim Yap, who is set to make his debut in a TV series through Love Thy Woman, the story deals with "the crazy, rich lives of Chinoys and how love, family and scandal are intertwined with lots of twists and turns that’ll make you glued to your screens nightly.”

Kim, for her part, said that she's proud and happy to go back to her roots as a Chinese in the show. “Nung sinabi na about sa Filipino-Chinese [family] and i-introduce siya sa mga tao, mas malalaman pa nila kung ano 'yung kuwento ng traditional Filipino and Chinese so I am very proud,” she said in an interview with ABS-CBN News previously.

The project marks her much-awaited reunion with Xian whom she last worked with in the primetime series 'The Story of Us in 2016. Like Kim, Xian is excited about how their avid fans will welcome the show. "This is something for [our supporters] and this is something that we’ve been waiting for,” he said.

Aside from Kim, Xian, Erich, Tim, Sunshine, and Christopher, Dreamscape's Love Thy Woman stars other big names such as Eula Valdez, Zsa Zsa Padilla, Ruffa Gutierrez and Jennifer Sevilla, to name a few.