‘Quezon’s Game’ is not only an ode to one great man. It is an ode to the heroism of the Filipino People. 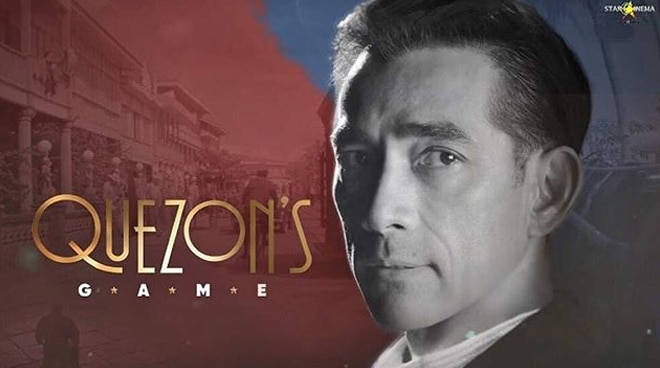 Quezon’s Game offers a look at the life of a man who changed Philippine history and how he shared with the world how compassionate and caring Filipinos really are.

1. Proudly Pinoy production
From the score, to the production design, to the lighting, make-up, wardrobe, etc, Quezon’s Game is able to mimic the look and the feel of Commonwealth Manila. The crispness and coolness of every scene is reminiscent of the classic film Casablanca.

2. Proudly Pinoy storytelling
The storytelling is linear, simple, and clear. The writers and creators wanted to take an unknown page in Philippine history and tell it in the simplest, uncluttered way they can and they did. Aside from that, the story isn’t only a retelling of history but also of a deeply personal story of Quezon and his wife Aurora and of the Filipino people.

3. Proudly Pinoy direction
Kudos to Matthew Rosen, who although not a Filipino by blood, paid tribute to Filipinos by lending his talent to Quezon’s Game. The way he directed the film is pointed, tension-filled and visual. Every scene is directed to drive across a meaning and it has captured the anticipation and tension integral to the story. The movie makes the viewers wait along with the characters and makes one wonder—will they be able to rescue the Jews?

4. Proudly Pinoy Story
The film is not an only an ode to a great man, President Manuel Quezon. It also paid tribute to other great men including the Frieder brothers, then Colonel Dwight Eisenhower, Sergio Osmena, etc. More than these men though, the film’s highlight and peak was when it brought to the forefront the heroism of the Filipino people. You will leave the cinema overwhelmingly proud to be a Filipino.  It will also restore your faith to our great nation.

5. Proudly Pinoy Actors
The acting is on point in the way they have captured the mannerisms, way of talking and moving, and the emotions and inner story of the character; especially the characters of Manuel Quezon and wife Aurora as portrayed by Raymond Bagatsing and Rachel Alejandro. More than their prowess in acting though, Raymond and Rachel have managed to humanize yet still dignify their characters. Throughout the film, one gets to know Manuel and Aurora as husband and wife; yet this familiarity with the characters doesn’t strip them of the dignity and aplomb that is inherent in them. The actors bring us so close to the journey of their characters that we cry when they cry in several dramatic scenes.