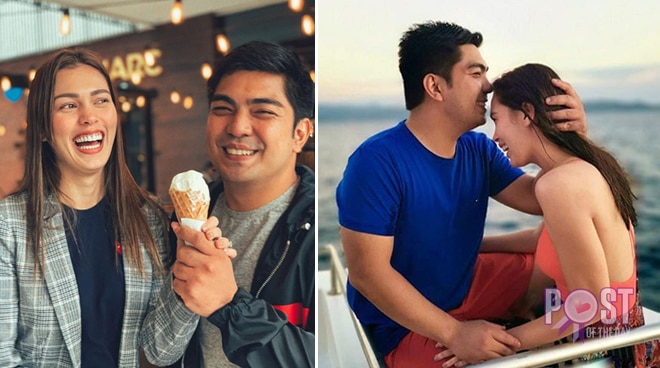 Jolo Revilla’s online followers were left curious after he posted a photo of himself and girlfriend Angelica Alita while they were in Bacio di Latte, USA.

The photo seemed normal for couples like them but eagle-eyed netizens saw Angelica’s ring on her left ring finger, which made them think that Jolo and Angelica might already be engaged.

Neither have confirmed nor denied the speculations.

Their relationship first came to the public’s attention earlier this year after the beauty queen was spotted during the family celebration of Jolo’s son Gab’s birthday.

During Valentine’s Day, they shared sweet messages for each other.