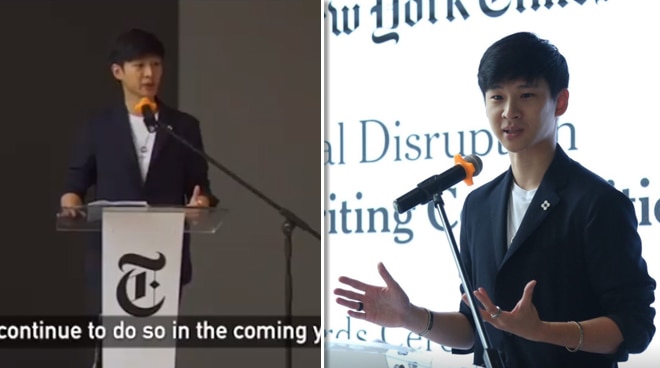 Richard Juan was invited to be a speaker at the New York Times Asia-Pacific Writing Competition Awards Ceremony in Hong Kong recently. The former Pinoy Big Brother 737 housemate spoke about how digital disruption and social media changed the world and how it changed his life.

In his speech, Richard shared how his entertainment career started when he was still in college and how social media paved the way for him to bag numerous opportunities in show business. He shared that he gained a fan base not only in the Philippines but also in different parts of Asia because of social media. "What really fascinated me was the fact that I was also building an audience outside of the Philippines," he said.

"Life is not a popularity contest, never is, never was and never will be. It's not about the number of followers, the number of likes, the number of comments that you get. It's about what you stand for, what you believe in... It's all about the substance, the credibility, the beliefs, the vision and the heart," he stated.