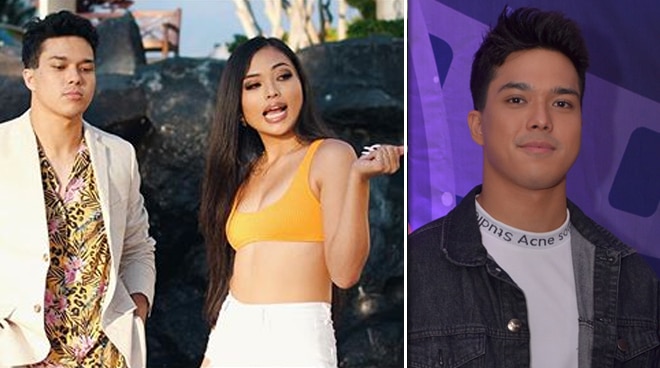 After flying to the beautiful paradise of Hawaii earlier this month to do a collaboration with American singer MiMi, Elmo Magalona said he enjoyed working with the teen singer on their songs as well as shooting music videos together. “It was fun. It was my first time in Hawaii and I was able to do that. I was with my mom. She was also there to support the whole recording and it was fun kasi it’s the first time that MiMi gets to collaborate with a Filipino and she is actually part-Filipino also.”

With their first music video “keke luv” set for release soon, Elmo said he hopes local fans who aren’t as familiar with MiMi can also support her music. “She’s half-Filipina so I’m glad that she’s able to get in touch with her other side din, her ethnicity. So hopefully, a lot of Filipinos will support her also. So that’s what I’m trying to do rin,” he explained.

When asked if MiMi will be coming to help him promote their songs, Elmo said they will do their best to help promote in their own way. “It depends on her situation and schedule. But we did a couple of songs but I’m not sure when it’s going to be released yet. I can’t really say. We’re definitely promoting it and hopefully talaga when it gets released na a lot of Filipinos will support it as well,” he said.

After his first international project, Elmo said he is definitely open to doing more if the opportunity is there. He is now back in the country and attended Star Magic’s first Light, Camera, Magic celebrity screening held last May 27 at the Dolphy theater inside ABS-CBN.