REVIEW: ‘Finding You’ shows a bittersweet side to falling in love 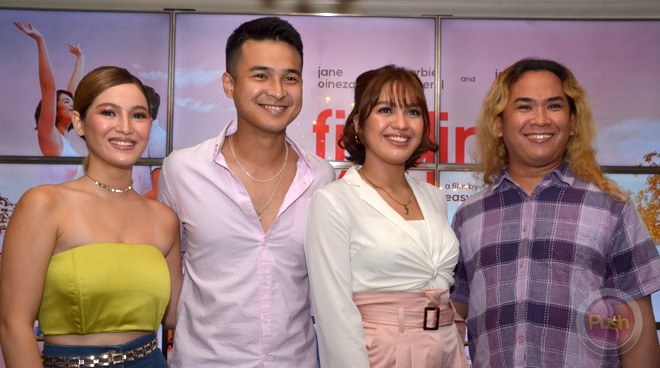 In a world where most people struggle to remember their past, some special individuals experience reliving some their memories like a curse. This is the dilemma of lead character Nel (played by Jerome Ponce) in Finding You. Nel is afflicted with a condition called hyperthymesia which is a condition that gives him the capability to remember an abnormally large number of his life experiences down to the very minute detail.

After chancing upon an app that shows him his old posts on social media, Nel decides to find the love of his life among the women he’s dated in the past. His childhood best friend Kit (Jane Oineza) helps him track down his three exes to see if they can rekindle a romance.

In his first starring role in a movie, Jerome proves he is capable of holding scenes on his own as he easily shifts from boy-next-door to hunky eye candy to emotional wreck to conflicted yuppie during the duration of the movie's almost two-hour running time.

Although the first half of the film makes you think it is setting you up for a typical childhood friends turned lovers type of tale, Finding You gives its audience a pleasant surprise by adding more texture to the story in a very unexpected way.

Finding You also stars Barbie Imperial, Jon Lucas, Claire Ruiz, and Kate Alejandrino and is directed by Easy Ferrer under Regal Films. It opens in theaters nationwide on Wednesday, May 29.