KC Concepcion admits: “I want to have babies already”

At 34 years old, KC Concepcion is already at a point in her life where she’s ready to settle down and start a family of her own. At 34 years old, KC Concepcion is already at a point in her life where she’s ready to settle down and start a family of her own.

This she revealed as the singer-actress answered random comments from fans on her Instagram page on Sunday, May 26. In the latest photo she uploaded of herself, one fan sought KC’s thoughts on the speculations that she’s currently expecting a child based on her apparently glowing aura these past few days.

“Oh, how I WISH I could be pregnant,” replied Sharon Cuneta and Gabby Concepcion’s daughter. “Unfortunately, I’m not. I do want to have babies already though.”

Aside from this confession, KC also replied to a commenter who wanted to know about the current status of her relationship with French boyfriend, Pierre-Emmanuel Plassart. KC’s last Instagram photo of Pierre dates back to April 11, around the time when the couple were hanging out with a couple of friends in Malibu, California.

I will always be by your side, through your ups and downs my love. Je t’aime @peplassart ⭐️♾

Meanwhile, after her months-long stay in the US, KC is now back in the Philippines. Naturally, her first agenda was to meet up with two of her three siblings from her mother’s side, Frankie and Miguel, as seen on her Instagram Stories on Monday, May 27. 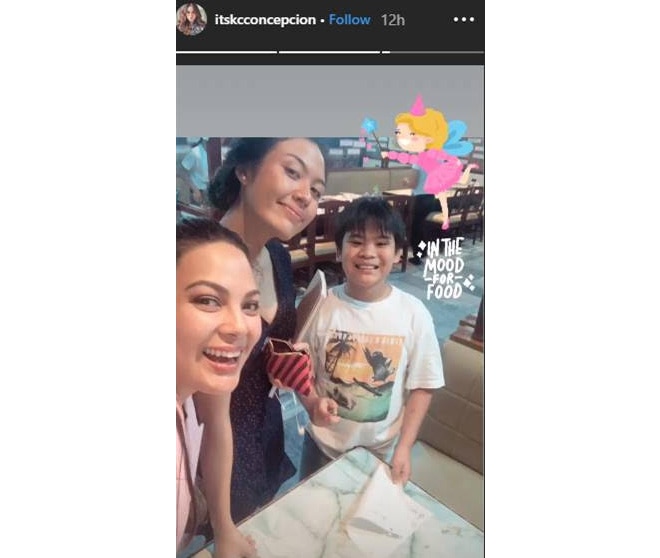