Jason Abalos went to Araneta Center in Cubao riding his motorcycle to make sure he made it in time to support his girlfriend. 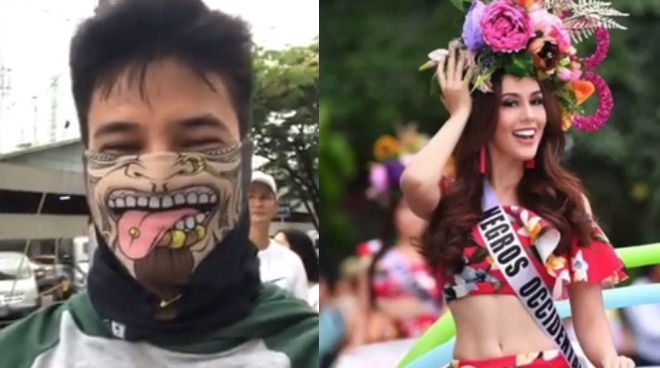 Jason Abalos recently went undercover to support his girlfriend Vickie Rushton—who represents the Province of Negros Occidental at the Binibing Pilipinas 2019—during the annual Parade of Beauties held at the Araneta Center in Cubao, Quezon City.

In a video posted on Instagram, Jason can be seen wearing a face mask while waiting on his motorcycle for the vehicle carrying his girlfriend Vickie to pass by the corner of General Roxas Avenue and Times Square Avenue.