Some lucky fans got to take a photo with Cameron Diaz at a food place in El Nido, Palawan. 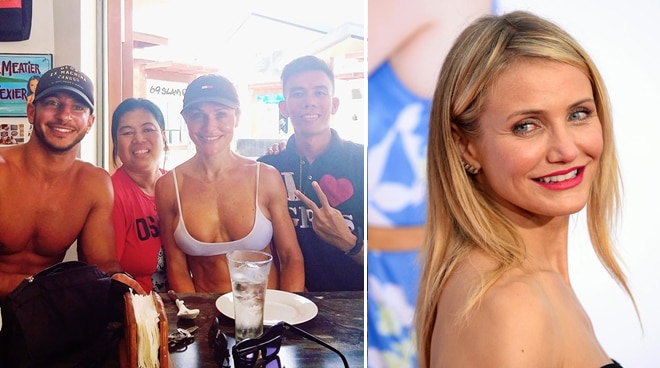 While star struck, one netizen found the courage to ask one of Hollywood's biggest starsfor a photo with him and some friends.

On Facebook, Jesson Kim Archivo Tumbocon shared his photo with the Charlie's Angels star whom he found hanging out at a barbeque place in Palawan.

Cameron Diaz is known for her roles in films such as The Mask, My Best Friend's Wedding, The Green Hornet, The Holiday, and The Charlie's Angel's series among others.