Ogie Alcasid on never returning to gag shows: ‘I do miss working with Michael V’

Ogie Alcasid explains why he is happy to be doing sitcoms. 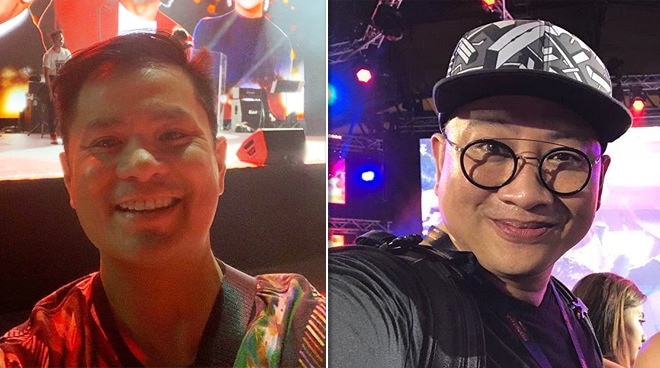 After being one of the original members of the longest running gag shows on television and transferring networks in 2016, Ogie Alcasid said he would never return to doing a gag show again. "I do miss working with Michael V. I would say and some of the guys there. But gag shows for me, it’s for the young (laughs). It takes a lot of energy. When I was younger I could do it but now, the working conditions, because you work long hours. Doing gag shows is a lot harder than doing a sitcom because you’re doing so many characters in one day so it really drains you. Whereas when you’re doing a sitcom, you’re just focusing on just one character, madami na yung two. So you’re focused on your characterization and the storytelling which a lot easier," he explained.

The multi-talented artist said he is already happy to be part of Home Sweetie Home as well as preparing for an upcoming sitcom with wife Regine Velasquez on the Kapamilya network. At home, Ogie said he and Regine are happy raising their children which includes daughter Leila and son Nate. With sadly no more plans for babies in the future, he said, "Awww man, we tried (laughs). But that’s it. Store’s closed (laughs). We’re okay with that. I’m 51. Regine is turning 49 this year. I think okay na yun. We have Leila in the house right now so we’re taking care of a 21-year-old and a seven-year-old."

In the Alcasid household, Ogie said he usually plays good cop with their bunso Nate. "I’m not a disciplinarian. I’m the makulit one eh (laughs). I’m like his playmate. I’m playing with him all the time, tickling him all the time. So si mommy yung nanay namin pareho (laughs)," he added.