The result of the Cross Battles was dictated by online votes from viewers in the US. 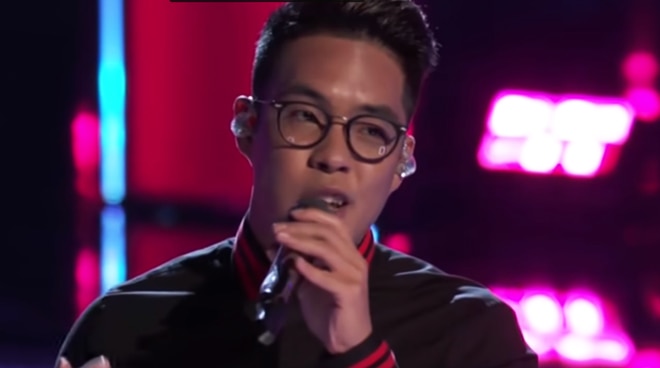 Filipino singer Jej Vinson smashed his cover of Bruno Mars’ "Versace on the Floor" during the Cross Battles round of singing competition The Voice US.

Such flawless performance has paved way for him to advance to the Top 24 on Tuesday night (US Time), beating his competitor LB Crew from Team Adam Levine.

The result was dictated by online votes from viewers in the US.

Jej will be vying against his five teammates under Kelly Clarkson; eight singers from Team Blake Shelton, six from Team Legend, and four from Team Adam.

The Top 24 are set to perform live next Monday (US time).

Jej's performance video is in the Top 13 trending videos on YouTube. Watch the full performance here: