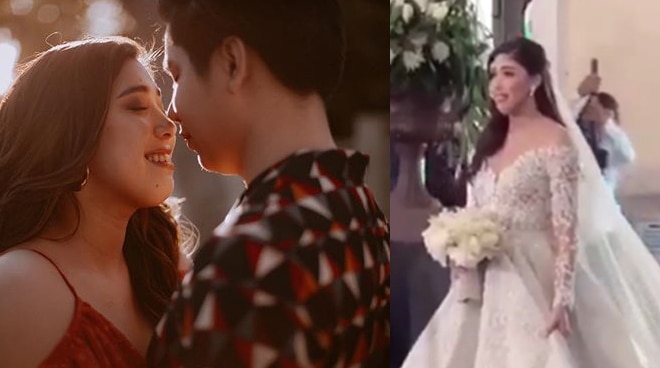 The two exchanged vows in front of their families and friends this Tuesday at the Santuario de San Antonio Parish in Makati City.

WATCH highlights of the wedding below: