Filipino dance group Vpeepz steal the show on ‘World of Dance US,’ gets almost perfect score in ‘The Cut’

Currently, VPeepz is in the Divisional Finals after scoring a total of 98.7 points. 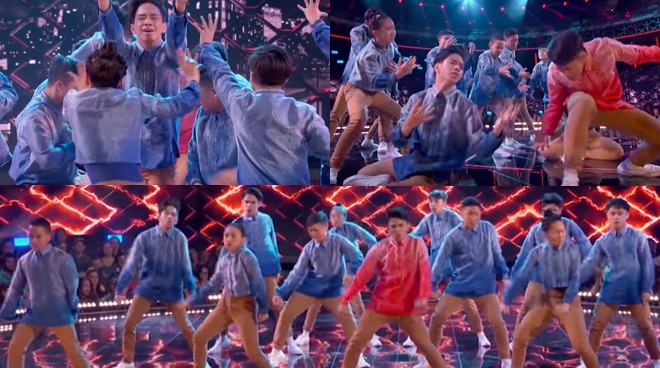 Despite the lack of death-defying tricks and jaw-dropping stunts in their routine, the act was strong for its perfectly synchronized choreography — a no-failure to judges Jennifer Lopez, Ne-Yo, and Derek Hough.

"That was amazing, guys. I felt it," said Derek of the group. "The clarity, the choreography, the thoughtfulness. There was space in the music that allowed us to appreciate those hard moments, those intricate moments with the footwork. ... You didn't leave any beat, any moment unturned. It was so beautiful. Well done, Vpeepz! You guys nailed it!"

JLo called the routine "clever", while Ne-Yo praised VPeepz for having the audience on the edge of their seats all throughout the performance.

"You guys smashed that," said JLO. "You guys felt like an army, and this one little red in the middle, it just made us know exactly what was happening the whole time. Everything was so clever and perfect."

"Without a flip, without a trick, without anything. Nobody risked [their] life, and you got the three of us up out of our seats," added Ne-Yo.

Currently, VPeepz is advancing to the Division Finals after scoring a total of 98.7 points.