JK Labajo speaks up after getting bashed over cursing incident: ‘Sobrang daming bastos at walang modo’

JK Labajo airs his side of the story where he got caught on video cursing onstage during a music festival held in Makati. JK Labajo broke his silence on Instagram after a video of him cursing onstage during the recently-concluded Rakrakan Festival 2019 held at the Circuit Events Grounds in Makati made rounds online.

Labajo, who performed with his band juan karlos during the first day of the two-day music festival, got prompted to curse at one of the attendees of the outdoor event after the person yelled ‘I love you Darren!’ while he was introducing himself and his band members.

Fans will may well remember that JK Labajo sparked an online feud with fellow Voice Kids alum Darren Espanto back in October last year after stating “gayness at its finest” which allegedly referred to the latter in a now-deleted tweet.

READ: For the first time ever, Juan Karlos Labajo speaks up on issue with Darren Espanto

JK Labajo has since denied the allegations and told the press in an interview back in November: “I don't feel bad kasi I didn't do anything. Kasi hindi naman ganun kakapal ang mukha ko para magsinungaling to the extent pati sa harap ng mga boss. You know what I mean.” 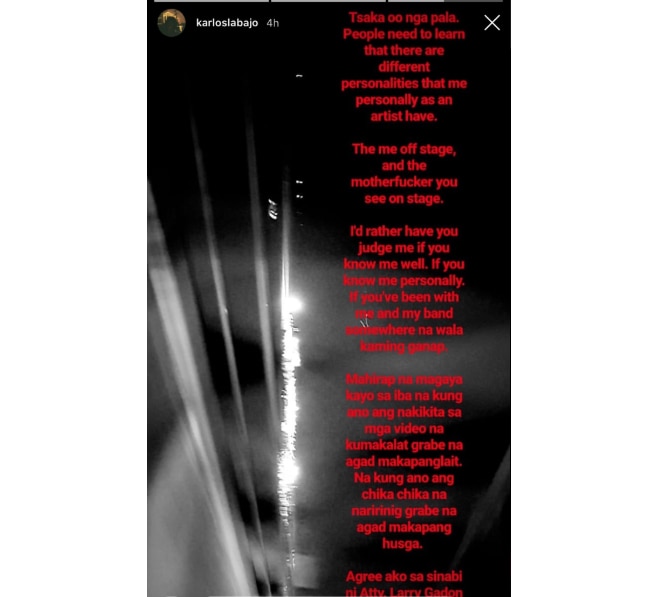