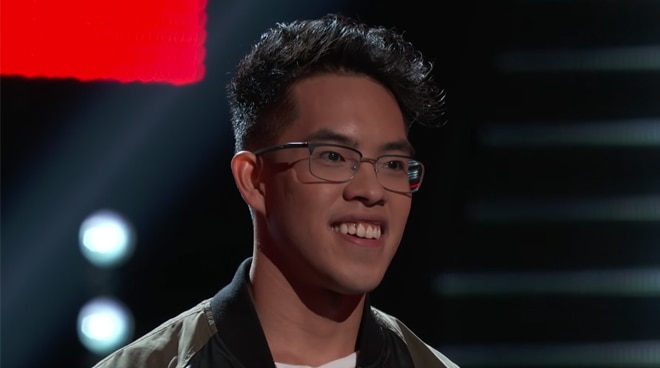 
“That was like a wild, inspired song choice because Drake’s kind of monotone normally and I was worried that you would stay in that little zone, but then you soared,” said John. “You showed us this really precise, beautiful runs. It was like you knew the tone you wanted and you just picked it out the air, and you hit every single one with precision and beauty and excitement. You got the whole crowd going.”

Blake, for his part, said that they might have just found the winner of this season. “I think everybody hears it. We’re probably a little bit nervous talking to you right now. We all felt like we’re looking at the winner of ‘The Voice’ this season.”

But it was Kelly who was the most forthcoming of her intent to work with Jej. “I can win this show with you. You’re incredible, man. I turned around and I was like, ‘What?!’, and it was so effortless.”

In the end, Jej chose Kelly, who frantically ran to the stage to give a warm welcome to her new recruit. “This is my first four-chair win this season ya’ll. I’m so excited that Jej picked me. Jej is someone that I hope is on the radio one day because we need it. There aren’t singers like that.”