Sid Lucero admits his next role is very physically challenging. 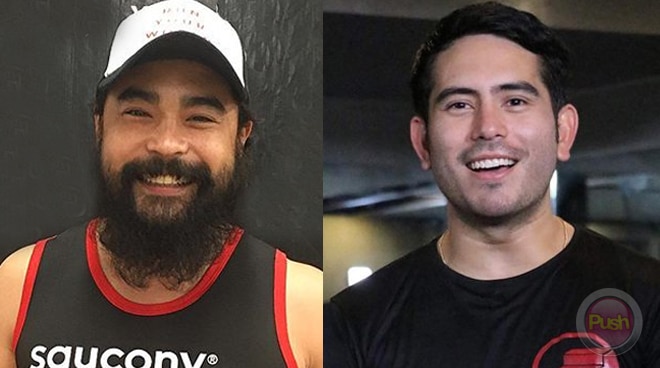 Sid Lucero said he is excitedly preparing for his next project on the Kapamilya network which also includes Gerald Anderson. “Sobrang saya because we even had this team building thing so we got to not just get to know the actors, even the production, makeup artists, P.A’s, drivers, everyone was there. I think if ABS-CBN starts doing all shows like that, I think that things would happen more smoothly because there’s a certain respect in getting to know that person on a certain level that everybody understands each other,” he shared during the first leg of the 2019 Saucony Fitness Tour in Quezon City.

Sid said that the new project involves him growing out a beard and working with Gerald Anderson. When asked if he is going to be a villain onscreen, Sid replied, “Being a bad or good guy is subjective. It depends. If I’m going to take into consideration what my character is fighting for, then he’s a good guy. With bad guys there are more rules so I get to have more fun. Pag good guys kasi you have to take into consideration what is good to the people and what appeals to them and if you don’t follow those rules then you will not touch them. They’re going to root for someone else,” he explained.

To keep fit, Sid said he does regular workouts with good friend and trainor, Saucony Fitness Ambassador and fight choreographer Erwin Tagle. “I would say it’s a physical role. It’s very physical. I did training for it. Getting my ass beaten up by Erwin Tagle in the face (laughs). He’s the one who indulges me when I want to move. I think if you don’t enjoy what you’re doing then anything is hard. But this is really fun,” he said.