‘I said yes’: Ericka Villongco gets engaged to boyfriend

Ericka Villongco just got engaged to her boyfriend Ross Sauvé at Magic Island in Hawaii. 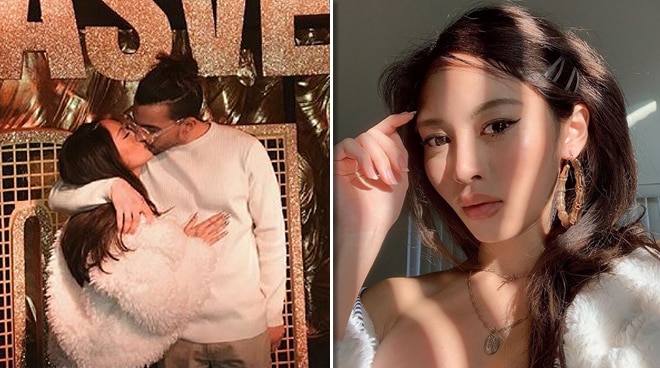 Ericka Villongco had a magical engagement moment as her boyfriend Ross Sauvé popped the question with the majestic skyline of Magic Island in Hawaii serving as a backdrop.

Sharing a photo of her hand with a ring on it via Instagram, Villongco wrote: "I said yes to my greatest & last love @yonosauve ♥️ I love you so much, baby."

I said yes to my greatest & last love @yonosauve ♥️ I love you so much baby !!

On her Instagram stories, Ericka Villongco also revealed her plans to have her wedding in the Philippines.

“Thank u for all the love. I’m still on cloud 9. Can’t wait to plan our dream wedding in the Philippines with all my friends & family one day,” she wrote in her post.

Among the celebrities who sent out their congratulatory messages on her engagement were Coleen Garcia, Chie Filomena, Lauren Young, and singer AJ Rafael.

Ericka pursued a music career as part of the acoustic singing duo Krissy & Ericka alongside her sister Krissy Villongco before officially moving to the United States.

She was once in a three-year relationship with the Kapamilya heartthrob James Reid.