The 24-year-old son of Mar Roxas flew straight from California to bond with his siblings at their Pittsburgh home for the very first time. 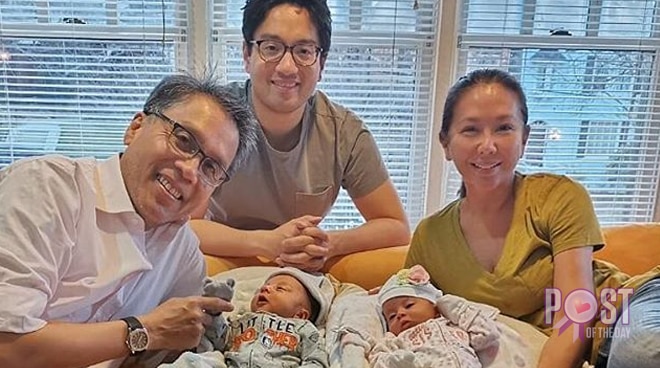 Paolo Roxas, the eldest son of Mar Roxas, was finally introduced to his siblings Pepe and Pilar at their Pittsburgh home last Monday (PH time).

It was a special day when big P met Small P and P.💚

In a series of posts from his stepmom Korina Sanchez on Instagram, Paolo is said to have flown in from California to bond with the twins for the very first time. Also present in the family reunion was his dad Mar, who came straight from the Philippines after working on his senatorial bid for this year’s general elections.

Paolo is Mar’s son from a previous relationship with Maricar Zaldarriaga, a former beauty queen. The former DILG Secretary later tied the knot with Korina in October 2009.

Meanwhile, the celebrity couple welcomed their twins — a boy and a girl conceived through surrogacy — last February 12 at a hospital in Pittsburgh. However, it wasn’t until days later that they were introduced to the world via social media.