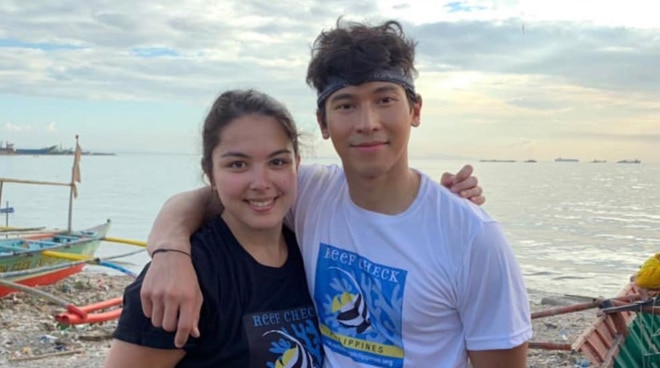 Kapamilya celebrities Enchong Dee and Ria Atayde teamed up with Reef Check Philippines - a non-profit organization “dedicated to marine conservation, especially coral reefs” and worked hand in hand with them for a plastic pollution cleanup in Baseco in Manila.

“It all started with 2 inspiring individuals. They wanted to make a difference so one Saunday afternoon, they did. They gathered their family and friends and together took a stand against plastic pollution. And boy, they definitely touched the communities,” Reef Check Philippines wrote in a series of Instagram posts.

Enchong Dee, in an effort to put the focus on the cleanup to make the coasts of Manila a better place to live in not just for them but for the marine wildlife as well rather than the idea that there are two celebrities around helping them out, asked the Baseco community to give less attention on photo ops.