“Eto ang litratong nagpapatunay na si Rovic at si Badong ang nagkatuluyan sa ending,” captioned the actor to an old photo of himself with fellow star John Lloyd Cruz taken behind the scenes of the sho 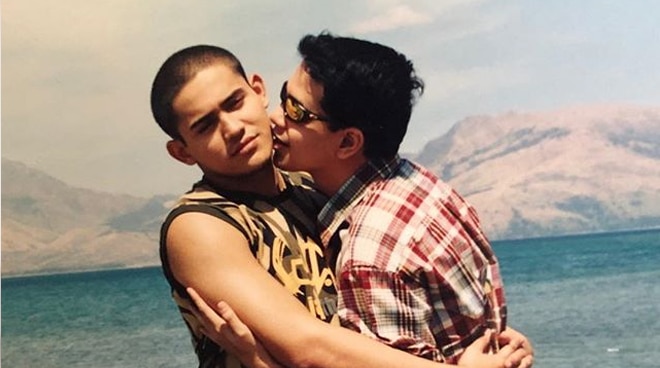 Actor Paolo Contis took to social media last Saturday to mark the 20th anniversary of the 1999 youth-oriented series Tabing Ilog, in which he starred as Salvador “Badong” Magtibay.

Having turned 35 just last Thursday, Paolo shared a throwback photo with former co-star John Lloyd Cruz, who played the character of Rolando Victor “Rovic” Mercado, taken from behind-the-scenes of the award-winning show many years ago.

The series, shown on ABS-CBN and which has won the PMPC Star Awards for Television's Best Youth-Oriented Program from 1999 to 2002, had a good run of over four years before they aired their final episode in October 2003.

READ: Where are the Tabing Ilog stars now?