This is an S.O.S. Jonas Brothers fans: a new single from the boys is coming your way today. 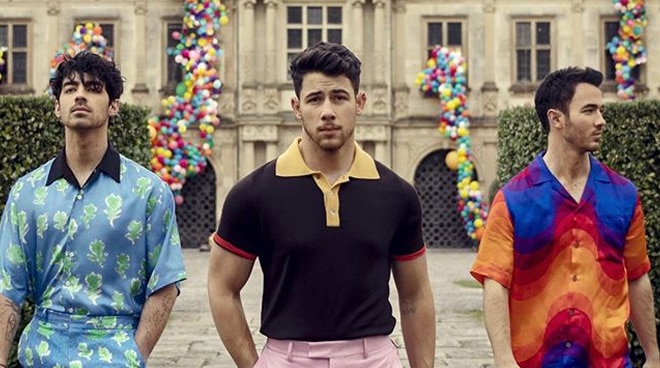 Pop trio Jonas Brothers aka your favorite male group from the mid-2000s is making a comeback.

On Thursday, February 28 (Philippine Time), the Jonas Brothers composed of brothers Nick, Joe, and Kevin officially announced that a new single called “Sucker” is coming for all their fans to hear worldwide on March 1st at 12 am Eastern Standard Time.


Prior to the announcement, fans have been looking forward to hearing their new music after the group decided to wipe out their Instagram feed a couple of weeks ago.

What’s more exciting is this will be the first time the group will be releasing a song in more than six years. No wonder they instantly made it to the number one spot of top trending topics in the Philippines.

See reactions from Pinoy fans below:

How the hell am I supposed to scream my heart out when it's 3AM rn? I'm soooooo exciteeeeedddd! #JonasBrothers #Sucker

Like seriously hold on was my favorite song when Iw as in gr. 6 song was fire back then and now they back #JonasBrothers

The Jonas Brothers also dropped by The Late Late Show for a fun carpool karaoke with James Corden.

Formed in 2005, the Jonas Brothers rose to fame after appearing in the Disney Channel Original Movie Camp Rock alongside Demi Lovato.