Looks like Claudine Barretto’s relationship with Gretchen Barretto is getting better. 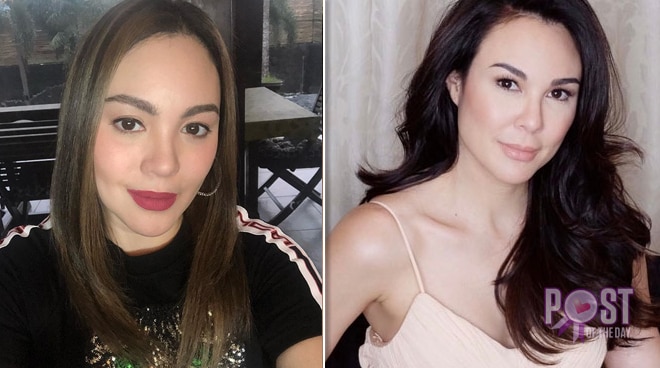 Claudine Barretto’s relationship with her sister Gretchen Barretto has apparently been getting better and the siblings have been hanging out together more often.

After dining in a hotel restaurant, Gretchen was hands on in caring for Claudine when the latter was hospitalized.

Claudine shared a clip on her Instagram account and said that she was in Roxas City, Capiz and would bring home some crabs, prawns, and some scallops for her elder sister.

Thank u Tita Cherry Yap.ithank u for coming all the way from Roxas when i was at the hospital.thank u for everything u do for the kids & i & my ATE @gretchenbarretto I THINK she’s thinking more of the Crabs & Prawns more thank me hehe.see u tom Ate.i luv u so much! Luv u too tita Che.thank u guid kag halong😘❤️🙏

Yesterday, February 27, Claudine shared on her Instagram story that she was at Gretchen and her longtime partner Tonyboy Cojuangco’s mansion in Forbes Park, Makati City. They cooked Claudine’s pasalubong and had a good time together.

Miguel and Inday Barretto have seven children of whom Gretchen is their fifth child while Claudine is their youngest. Aside from the two, their sister Marjorie Barretto also joined showbiz.

The rift between Gretchen and Claudine started back in 2013 and their word war escalated to a point that their parents and sister Marjorie became involved in the issue.

Gretchen admitted that she and Marjorie had a “silent war” in 2015. Despite their differences, the siblings still made sure that their respective children were kept out of the issue and have been vocal about their love for their nieces and nephews.