Kris Aquino after “Naloko” skit: “I chose the wrong man to love” 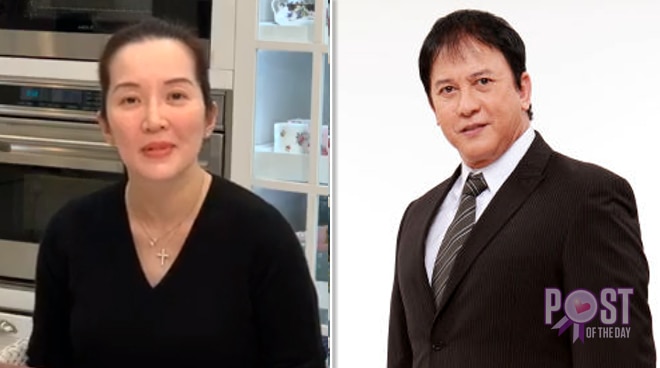 Kris Aquino has once again made headlines after her ex-partner Philip Salvador involved her name as part of a joke during a campaign sortie.

In Kris’s latest live video session, she admitted that she was “hurt” by the joke but would have gamely joined them because “It’s better na nandoon ka at alam mo na you’re in on the joke, that you’re part of the joke rather than being the joke.”

While the candidate in question called her to apologize, Kris said she was more disappointed with the father of her eldest son Joshua for not even making an effort to reach out to their son since he also saw the video.

“It really hurt. The hurt there comes from being made a joke of,” Kris said.

“This is on you, Phillip Salvador. Tatay ka ni Josh,” she added.

“Sana naisip mo, that line — ‘Naloko mo si Kris Aquino’ — what does that make of your son? Produkto siya ng panloloko?” she added.

Kris also shared that despite Josh being “special,” he still knows the meaning of ‘naloko’ and searches for his father online. The last time Josh and Philip met was in 2012 and she recalled that Josh was really happy to see him and even introduced him as his “Papa” to his younger brother Bimby. Bimby is Kris’ son with ex-husband James Yap.

“If I am just part of a skit or part of a joke or part of a way to entertain people, what kind of country is this? Sana naisip lang ninyo na in the midst of your campaign, there is a 23-year-old boy who is special, who is autistic, who watches you — and I’m directing this message to Phillip Salvador,” Kris said.

It was also mentioned during the skit that Kris and Philip met when they were filming Nandito Ako in 1994. Kris was just 23 back then while Philip was 17 years older than her.

“I was 23 years old when the relationship started. How many times did I hear, ‘Naka isa si Ipe,’ ‘Siya ang naka una kay Kris’? Yes, totoo ‘yon, I was a virgin, and I got pregnant, and I left my family. I chose him.

Although Philip has not supported Joshua for over a decade, Kris used to say nothing but good words about him whenever netizens asks her about Philip.

Kris also said that Philip could have been sensitive enough to not include them in their banter onstage.

“Pero sana man lang, ‘yung bata na minahal ka… Sana man lang siya, naisip mo, dahil kadugo mo siya, e. Who cares about Kris Aquino? You don’t have to care about me, but you should care about Joshua, because that child never hurt you. And to this day, that child says mahal ka niya.”

In the end, she clarified that “This is not politics” and it is about “a child, a special child, a child with autism who did not deserve this.

“I chose the wrong man to love, and my son is now paying for that. Life moves forward, and the only thing I can do is try my best to be the best possible mother for this child, because he did not deserve to be made a joke of.”