Vice Ganda has already a name for their tandem. 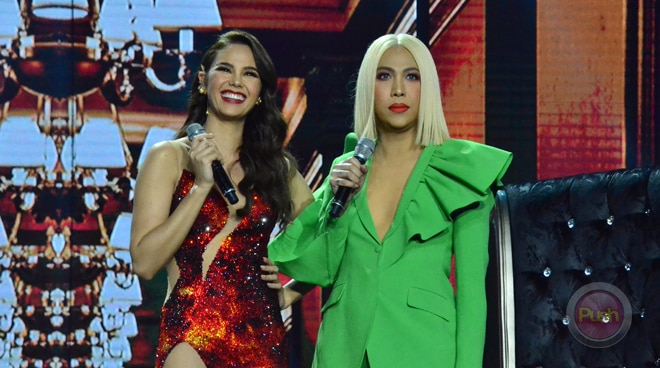 Vice Ganda graced the Raise Your Flag for Catriona homecoming event on Sunday, February 24, at the Araneta Coliseum for a sit down interview with Miss Universe 2018 Catriona Gray. What ensued was a fun chat with the beauty queen.

“Bagay pala tayo sa isang frame ‘no?” Vice told the Miss Universe during the initial part of their conversation. This was followed by the comedian asking Catriona if she is open to doing a film with him.

The comedian thought of a funny name immediately for their team-up. "Vice and Cat. Ang pangalan ng team natin, VaCat,” he quipped.

The It’s Showtime host also extended his gratitude to the beauty queen for giving him the opportunity to interview her. “I want to say thank you for allowing me to do this tonight,” he said.

Raise Your Flag for Catriona will be aired on ABS-CBN on March 10.