EXCLUSIVE: Dionne Monsanto opens up about Fil-Swiss boyfriend for the first time

Dionne Monsanto says she’s happy where she is right now. 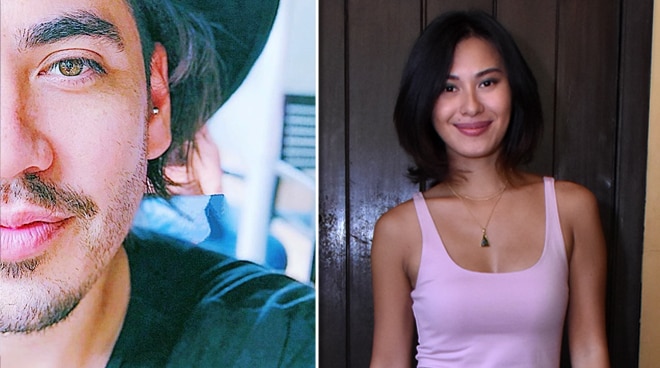 Former Pinoy Big Brother (PBB) housemate Dionne Monsanto, who was chosen as one of the godparents of Mickey Perz and Gee-Ann Abrahan’s daughter Raphaelle, shared how honored she feels to be a Ninang of the couple's bundle of joy.

“Oh my God, I feel so honored because Gee-Ann and I have been friends for a long time. Since PBB and actually tomorrow is our anniversary—our 12th year anniversary because it was on Feb. 25, 2007 (when they joined PBB). So we’re celebrating that tomorrow. I don’t know, I want to do like a dinner with them or something,” she shared in an exclusive interview with PUSH.

Dionne Monsanto has apparently been dating for almost a year Mickey Perz’s best friend whom she has known for 12 years now.

“What’s funny is I’m actually dating Mickey’s best friend. I’ve known him also for as long as I’ve known Mickey so we’ve known each other for 12 years na rin. His name is Ryan Stalder. OMG nakakakaba! We’ve been dating since last year. He came here ng July. He is a Filipino. He’s like Mickey, half-filipino half-Swiss,” she said.

Asked if she feels pressured about having a family of her own, Dionne said: “OMG a little trivia but it’s not really a trivia. Ako nalang ‘yung single na hindi pa kasal na wala pang anak and si Bodie Cruz.”

She then went on: “It’s not really the pressure I feel. Kasi I’m happy where I’m at and of course. I’ve been in relationships before and I don’t want to make the same mistakes that I’ve made in my past. So I really want to take it slow with Ryan.”

“Masyado pang maaga. Oo too early pa. Although we’ve been friends for a very long time too pero we want to do things right,” she added.

Explaining why she there is no pressure at all on her part, she said: “I think Ate Yen who’s also one of my closest friends from Big Brother, she told me this and I’ve always remembered this since she said this to me: ‘You are where you’re supposed to be right now,’” she stated.

Apart from Dionne, Bea Saw and Thou Reyes also served as godparents for Mickey Perz and Gee-Ann Abrahan’s daughter Raphaelle.