In a copy of the court’s decision they have obtained from an unnamed source, the Makati Prosecutor’s Office stated that “no sufficient evidence” were found that Nicko stole P1.270 million from KCAP’s 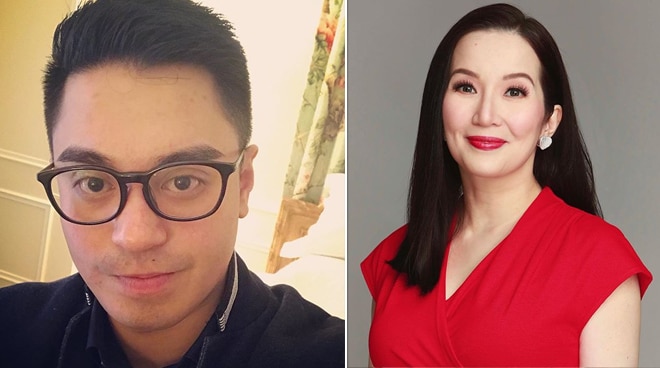 In a copy of the court’s decision they have obtained from an unnamed source, the Makati Prosecutor’s Office stated that “no sufficient evidence” were found that Nicko stole P1.270 million from KCAP’s company credit card, as opposed to what Kris had charged.

"Aquino asserts that by using the KCAP card to purchase the goods and services for his personal benefit, in violation of the trust that she has given, Falcis committed the crime of qualified theft. The office begs to disagree,” they said.

“At the onset, it is important to note that no evidence was presented with regard to any agreement between Aquino and Falcis as regards the use of the subject credit card. Accordingly, the basic rules is that mere allegation is not evidence and is not equivalent to proof,” they added.

Moreover, the court stated that Nicko, with regards to the transactions made with the credit card, is only accountable to the bank that issued it, and not to his former boss.

“It is not disputed that Falcis is the cardholder in whose name the KCAP card was issued. As such he can use the same card subject to the terms and conditions imposed by BDO for the issuance of the said card,” they said.

“As cardholder, Falcis is personally liable to BDO for any and all amounts charged to the card. It is for this reason that Falcis’ name appears in the credit cards statement of account. Thus, should Falcis not pay his credit card bill, BDO can directly initiate legal actions against him to compel him to pay. Given the foregoing, Falcis’ use of the KCAP card for his personal expenditures would not make him liable for theft. He is only liable to BDO for card transactions that he had made using the card,” they added.

That Kris paid for Nicko’s credit card bill is also “no moment”, according to the Makati Prosecutor’s Office.

“This will only make the latter civilly liable to the former as she is entitled to reimbursement for the amount that she has paid. Anent the charge of violation of REPUBLIC ACT 8484, this Office finds no probable cause to charge Falcis with the same,” they said.

“As discussed above, the KCAP card was issued in the name of Falcis. As the cardholder he can use the card for his purchases subject to the terms and conditions of BDO. In addition, no proof was presented that he used the card with intent to gain or intent to defraud,” they added.

The decision comes after the months-long tiff between the two parties, beginning in November last year when Kris filed 44 counts of qualified theft against Nicko in seven different courts in Metro Manila for allegedly stealing over one million pesos from her company, Kris C. Aquino Productions.