Ogie Alcasid on he and wife Regine Velasquez transferring to ABS-CBN: ‘I can’t say that we weren’t scared’

Ogie Alcasid talks about why he is happy to be doing sitcoms from now on. 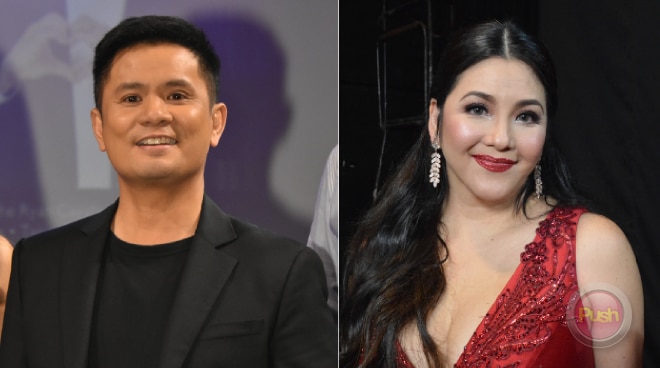 After his wife Regine Velasquez’s transfer to ABS-CBN last year, Ogie Alcasid said the transition went smoothly for both of them. “I think she managed it really well. I think it went very smooth. I think ABS-CBN has been very welcoming of her and the other artists were very warm towards her so it made her feel at home so I think okay na okay. Dun sa mga dati nang Kapamilya fans they also welcomed her kasi siyempre sila yung mga manunuod so it was really good. Our transfer I’d say it was a journey. I can’t say that we weren’t scared. I can’t say that it wasn’t a risk. It was a leap of faith for both of us but we just stuck to what we believed in and then of course God on our side,” he revealed.

Ogie said he and Regine just want to continue entertaining their fans. “In the end, we’re all working towards one goal and that is to entertain our Filipino audiences. It just so happens that we’re trying to grab everybody’s attention but we’re all comrades, we’re all colleagues in the industry which is very small. In the end, respeto lang talaga. Me and Regine have a song out now, the theme song of The General’s Daughter. I wrote it and she sang it so that’s our last collaboration. It’s great. it’s doing very well. A lot of good feedback. I think it’s a hit already,” he said.

With both of them busy doing separate Valentines concerts last week, Ogie said he and his wife enjoy simple dates at home. “We just have a barbeque in the house (laughs). You know a good date for us is just a movie. Because we don’t get to do it a lot. So it’s a luxury for us when we get to spend it, just the two of us. Because we have a seven-year-old and si Nate gusto niya sumama eh hindi naman siya puwede sa medyo pang-matanda na movie or anything romantic kasi he’ll just fall asleep. So it has to be a movie na medyo pambata. But when we get the chance to watch a good movie with popcorn, holding hands, sipping softdrinks, that’s a great date for us,” he shared.