The actress turned to Instagram on Wednesday to share a cozy selfie with her beau, businessman Jeff Ortega, as they toured around Holland, marking their third anniversary as a couple. 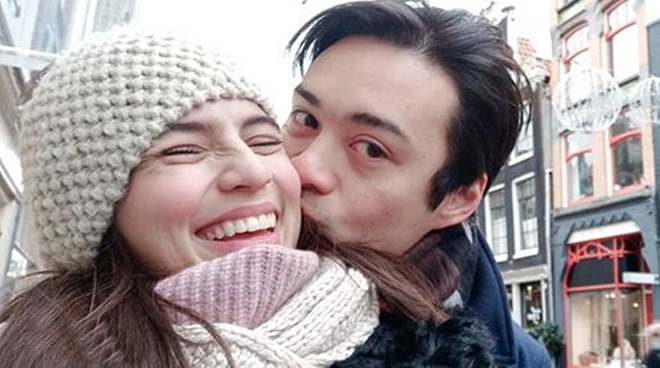 Actress Jasmine Curtis-Smith and her boyfriend, businessman Jeff Ortega, recently marked their third anniversary as a couple with an intimate trip to the Netherlands.

The Alone/Together star turned to Instagram early Wednesday to share a cozy selfie with her boyfriend as they toured around Holland.

“3 years with my love. Spending our day touring,” she said.

3 years with my love ♥️ Spending our day touring 🧀🇳🇱 #MySuperVOOClove keeping us charged throughout the day! ° ° ° Share your love pic, too! And if chose, be featured on @oppophilippines pages too 😊 #JCSTrips

So far, they’ve been to some of Netherlands’ must-visit spots, including the Cheesemarket in Edam and Moco Museum in Amsterdam.

Loco with this Mocong @jeffortega 😜 Happy Valentine's day lovers of the world and of life! ♥️

Meanwhile, Jeff didn’t forget to greet Jasmine on their anniversary as well, having taken to the image-sharing app to likewise share the outpouring love he has for his girlfriend.

“We’ve gone through so many places, highs & lows, but we’re still here and getting better everyday. Love ya always,” he said.

We’ve gone through so many places, highs & lows🥴 but we’re still here and getting better everyday 😜 Love ya always 😘

Jasmine revealed her relationship with Jeff in April 2016 during her guesting on the late night comedy show Gandang Gabi Vice with elder sister Anne Curtis, who said that she definitely approves of the guy.

One of what I've been most thankful to have for the past 3 years. ☺️ Thankful you also for attending tonight's #MetroWear2018 with me! 😘 A rare night out for this hermit. #OPPOF9 #Thanksgiving2018