See what the 17-year-old stunner wore for her first high school prom! 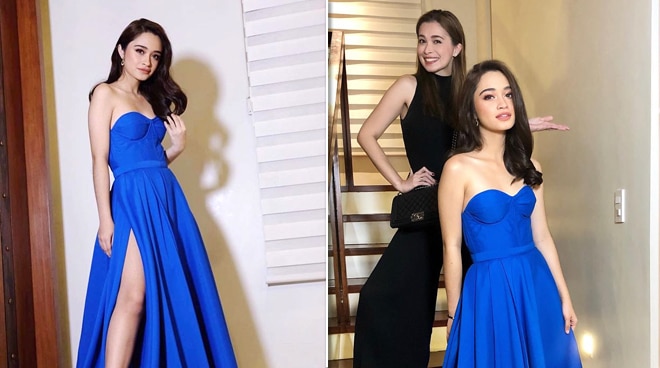 The 17-year-old beauty stunned in a sapphire blue corseted dress – which complemented her snow white complexion – paired with a golden pair of shoes for an extra shimmer.

“Thank you to my fairy godmothers for making last night magical,” wrote Angelina on Instagram.

“My beautiful daughter. It’s her #promnight tonight. Have fun @angelinaisabele,” she said.

Angelina is currently on her junior year in high school, while also dabbling in showbiz as a model and a recording artist. She released her first single under Universal Records in 2017, followed by a self-titled EP in 2018, featuring songs ‘Kaya Mo Ba’, ‘Sumilong Ka’, and ‘Paraiso’, in collaboration with Inigo Pascual.

Angelina is Sunshine’s daughter with former husband Cesar Montano, among their two other kids, Sam and Chesca.