Tippy Dos Santos is still trying to juggle her studies with her showbiz career. 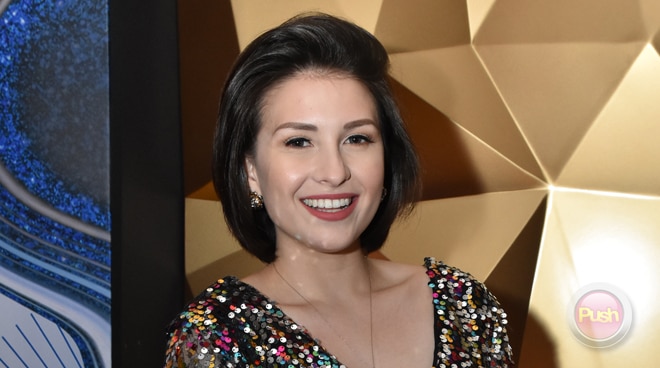 Singer-actress Tippy Dos Santos, who is currently taking up a Law degree at the University of the Philippines-Diliman, revealed what inspired her to pursue a career in the legal field.

“I think I’ve always been around family members who are lawyers. Bata pa lang ako feeling ko gusto ko na talaga magmake ng change and I feel like the field of law is somewhere na machachallenge ako kasi ang hirap talaga,” she said in an exclusive interview at the Pure Magic 2019 event.

“As in ngayon palagi akong puyat na puyat. Pero ngayon worth it naman and I think the law just works everyday in our daily lives. Lahat ng ginagawa natin ngayon talagang may law involved so I think it’s great to be part of something that big and make a difference din,” the 24-year-old Star Magic talent added.

Tippy also shared some of the challenges she is currently experiencing in Law school.

The former MYX VJ, who took up Family Life and Child Development in UP as well, said she’s still making some adjustments between juggling her studies and career in showbiz.

“I feel like right now nahihirapan pa ako mag-adjust kasi ang dami kong nahihindi-an. May mga jobs talaga na I have to say no to. But at the end of the day, I try to make it a part of my life pa rin. Kasi I love it so much - singing, performing. And hopefully, next semester mas kasanayan ko pa. Thankful ako na understanding both ang Star Magic at ang Stages sa path na tinetake ko ngayon,” she stated.

Though she isn’t as active in showbiz as she was back then, Tippy said she would still try to connect with her followers by doing more covers on her YouTube channel.

“This year, I’m trying to be more active on YouTube kasi it’s the only way I think I can keep my self relevant. So tuloy-tuloy lang. I’m trying to eitheri edit quicker or find an editor. So ‘yun talaga ‘yung gusto kong goal ngayon - ang ma-pursue ang YouTube channel,” she said.

Asked if she has a new album coming out soon, she said: “There is an idea that’s brewing right now. So pinag-uusapan namin ng Stages and hopefully it does pan out. Sana this year.