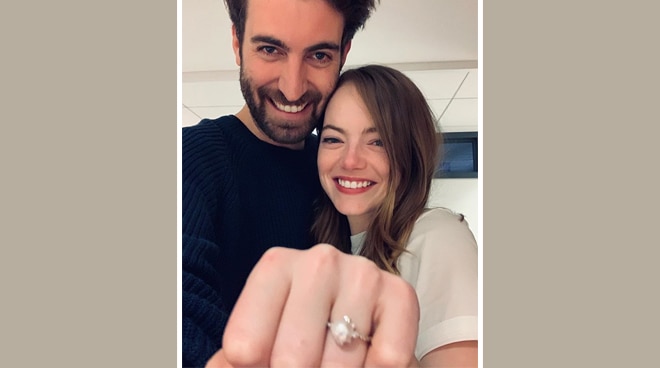 Emma Stone is finally getting married to her longtime boyfriend Dave McCary.

Dave made the announcement via Instagram by sharing a photo of him and Emma, who proudly showed off her diamong ring.

Emma Stone is popular worldwide for her roles in a number of Hollywood films including Zombieland, Easy A, and La La La Land.

Meanwhile, the award-winning actress’ fiance is a segment director for Saturday Night Live.