A former network executive breaks down what makes ‘Miracle In Cell No. 7’ such a hit—and it isn’t what people usually think. 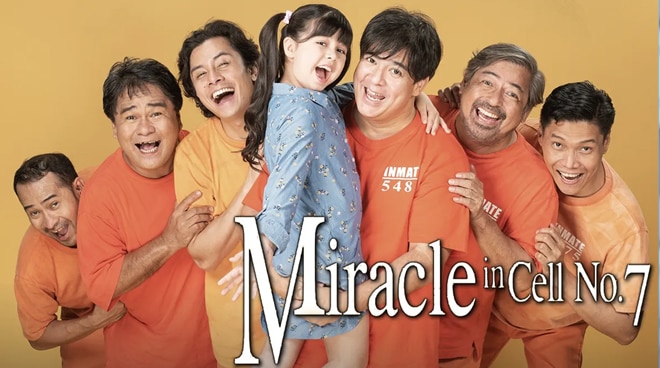 Lahad ng ina ni Race sa kanyang Facebook account, “After Race watched the premiere of Miracle in Cell No. 7 (I have not seen it to date), we discussed this movie several times and how it is going to destroy all the formulas of Philippine movie watching (esp the MMFF).

“1. First (I hate this logic)… is when people say a comic movie always makes money because times are hard and people don't want to think and just enjoy slapstick comedy forgetting their problems for 2 hours. This logic is soooooo... illogical.

“Miracle In Cell No. 7 obliterated this. The theme made you think, made you analyze, it was a bit political relating to injustice, made you realize the importance of familial relationship that is why your heart burst so many times in the movie. So, yes people like to think when they are in the movies.

“2. Only actors regularly seen on TV have movies that make money because they are top of mind (Showtime, Ang Probinsyano, Eat Bulaga) and were expected to top the festival. All Research & Dev't results give these out. WRONG!!!

“Miracle in Cell No. 7 lead cast does not have anyone in regular soap or noontime shows. If this movie ends as No. 1 (and this is a very high probability) all regular movie producers will now think otherwise about paying so much attention to artists who come out regularly on TV.

“3. LOVE TEAMS are supported by fans and are assured of box office success. WRONG again.

“The only LOVE in MiCNo.7 was between the father and daughter TEAM of Aga's and Yesha's character, and of course, the cellmates' love for each other.

“4. A movie with a good script, fine acting and good directing will influence interest among movie goers. MAYBE!!! A lot of other movies in the MMFF had these but did not induce interest.

“MiCNo.7 had a good script, good directing, fine acting but what it had that the others probably didn’t have was TIMING. Timing according to the definition of philosopher and battle strategy expert, Sun Tzu. A perfect combination of personal and universal timing. Aga did a few comeback movies before this. They were not as memorable. Maybe it wasn't the right time.”

“Congrats to all you behind this awesome movie, Miracle in Cell No. 7. It wasn't a miracle. It was perfect timing.

“So yes, read Sun Tzu and know how to already win your battles before even walking into one.”