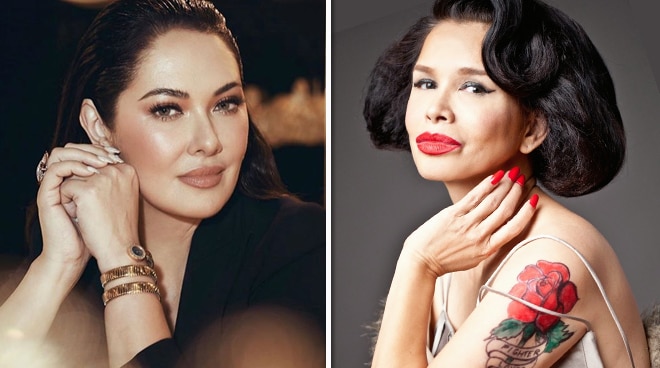 A lot of things have changed since Ruffa Gutierrez was crowned Binibing Pilipinas - World in 1993. She was just in her teens when she joined., whereas recent candidates are already in their early to late 20s. “Times have changed. I think the Binibinis are much older now. Back in the day, we joined 17, 18. 15 pa lang, kinukulit na ako ni Mrs. Araneta. I think now, they want them more mature.”

Another big change is having less focus on physical attributes and changing the perception of what is beautiful. “As a matter of fact, they already want to eradicate the swimsuit competition. They think it isn’t very important, especially now. They consider beauty in all shapes, forms, and sizes. It doesn’t mean na mataba ka, pangit ka. You can be beautiful in all ways.”

There is a need to bring so much more to the table. “It’s not just about beauty and brains anymore. When I joined in 1993, I was the only actress. But now, everyone who joins are actresses, models. I think you have to showcase something different. You have to speak a lot of languages, have your own advocacy, and really stand out and be unique. It’s also about being a leader and how you can change the way for others.”

Ruffa always cheers for whoever is representing the Philippines, and even makes it a point to host a viewing party with her friends. “I think we’ve been doing really, really well. The Philippines has always been a top contender, “ she observed. “I’m so proud of how we were able to overcome all the challenges of the past and get to where we are now. Kapag sinabi mong Philippines now, wow, inaabangan na talaga. Para na tayong Venezuela, Colombia. In Asia, it’s really the Philippines, more than Thailand and other Southeast Asian countries.”

Ruffa said she has a soft spot for Miss World Philippines 2019 Michelle Dee, who finished Top 12 in the recently-concluded Miss World 2019 pageant. At 23 years old, she is a model, an actress, and a host.  She holds a degree in Psychology from De La Salle University and has been an advocate of autism awareness and mental health education since she was 16 years old.

Dee is the daughter of Miss International 1979 Melanie Marquez. “It was her mom, Melanie, who trained me for Miss World. During my time, wala pa tayong mga camp. It was Miriam Quiambao who was first sent to Venezuela to do all these camps. My time, sariling sikap lang. Ako mismo tumawag kay Ms. Melanie and said, please help me, I don’t know how to walk. So she taught me how to walk. She made me put ten books on top of my head, at doon lang kami sa bahay niya, palakad-lakad. Kaya napakalaki ng utang na loob ko kay Melanie.”