EXCLUSIVE: Bianca Gonzalez and JC Intal share how they balance parenthood and work

Celebrity couple Bianca Gonzalez and JC Intal reveal who is the real strict parent between the two of them. 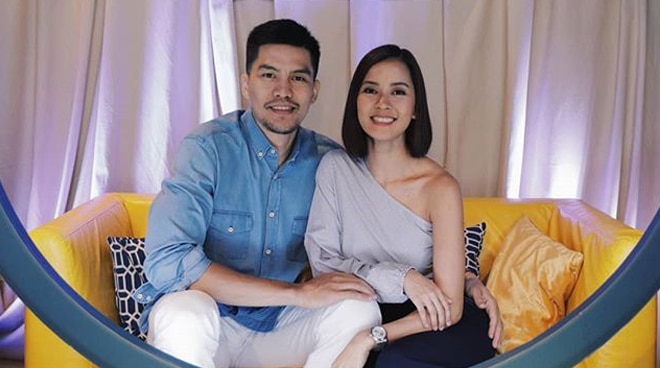 As celebrity parents, Bianca Gonzalez and her husband JC Intal said they really rely on teamwork in order to maintain a happy household which includes their two daughters Lucia and Carmen. “Tulungan talaga kami. I tell JC in advance kunyari if I’m going to have a busy week. I won’t be there at night so I’ll ask if he can be home naman. Kasi we’re lucky that his training is in the morning and usually my work is in the afternoon to evening so one of us is at home usually. As much as we can, ganun pa rin talaga. But we’re lucky kasi hindi kami nine to five parents. Kasi nine to five parents don’t have that luxury. But like us, we don’t have weekends naman. Yun yung difference namin sa work schedule ng iba,” Bianca told PUSH during the Similac Gain School parenting forum event.

JC said that with his basketball practice almost everyday, he is thankful to also have a strong support system in their home. “Ever since I’m just a chill guy. I’m very quiet. But when it comes to my kids, I know that I have a strong support system at home especially with my wife. And sabi nga ni Bianca she’s a Nazi mom but I know we also have trusted people at home who will take care of our kids also while we’re at work or if I have games. From time to time madali lang matawagan sila nanay sa bahay, yung mga househelp namin. Me naman, hindi naman ako nahirapan masyado mag-balance just as long as I know we have each other and everyday naman we communicate naman with what’s happening sa household namin,” JC shared.

Among the two of them, Bianca admitted she is the self-declared “Nazi parent.” “Nagulat din ako na I became Nazi-ish kasi when I was single, when me and JC were just a couple, we were generally chill, like normal, whatever. But then we had our first child si Lucia and you know that there are apps that you can track when they’re sleeping, what time kakain, you log it. So I had that as soon as Lucia was born. Dun ko nalaman na when I’d be out of the house for work, I’d always check. Kasi there’s a pattern you’ll see na around 2-2:30 pm tulog na yan. So because of that app I sort of saw what her regular schedule is. So after that, every time that I’m home or not home, I’m so strict that she follows that schedule. That there’s this window of time na dapat nag-lu-lunch na siya or nag-di-dinner na. In fact when she take her to the mall I ask, ‘Did she nap already?’ Kasi it’s time for her to nap. Sobrang nag-na-nag ako in that way. Wala eh, yun yung naging style ko eh,” she explained.

The couple said it is not always easy for them balancing everything, but JC said spending quality time with their kids is always a priority. “It’s very important nga you can’t replace material things sa mga kids niyo. It’s really time. Time talaga. But don’t get us wrong ha. We do get tired also. For me, we train everyday, we practice everyday, it’s physically tiring also. For Bianca naman, like yesterday she hosted an event 9 am to 6 pm so even if we don’t have a nine to five job, we do get tired also,” he explained.