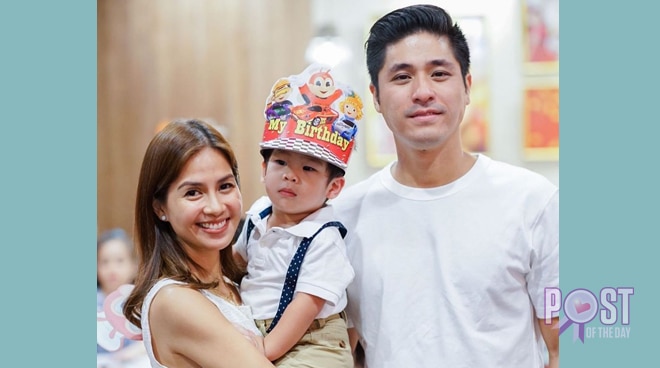 Happy 2nd birthday Joaquin! Thanks daddy @pauljake_castillo and mommy @kaye_abad for having us once again to cover your family’s most precious events ❤️❤️❤️❤️ #niceprintkiddie

December is a special month for Kaye and Paul Jake who also tied the knot in December 2016. Before the party, they had their anniversary weekend at Plantation Bay Resort and Spa in Cebu.

Anniv weekend... more like a Joaquin weekend. Hahaha. love you!

In Kaye’s previous interviews, she has been vocal about Joaquin being a miracle and an answered prayer. She is also hoping that they would soon be blessed with a baby girl.

Kaye, who went on a showbiz hiatus since moving to Cebu to start a family, had her comeback this year through the TV series Nang Ngumiti Ang Langit.