Roxanne Barcelo also shares whether or not she’s now open to enter a new relationship. 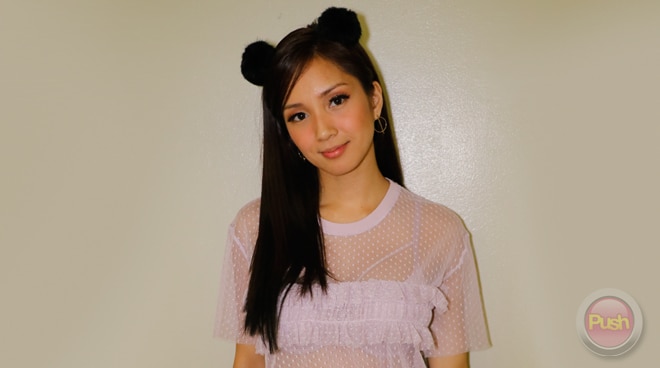 With Roxanne Barcelo having gained popularity after joining It’s Showtime’s Tawag Ng Tanghalan, viewers couldn’t help but notice the emergence of a more bubbly and certainly quirky version of the singer-actress.

In an interview with PUSH at the ABS-CBN Christmas Special 2019 rehearsals, Barcelo opened up why she decided to come out of the shell and show her true personality.

According to Barcelo, she has always been what viewers see of her on television — explaining that her management prevented her from showing the “real” side of her.

She went on: “But siguro I reached a point that it’s not about gaining something anymore. Hindi na ‘yun ‘yung nasa isip ko. Parang nasa isip ko, I just want to be me. ‘Yun lang. Lengwahe naman ’to eh. It’s not personality per se. Lengwahe siya para sa akin.”

Barcelo said she feels thankful for her friends who made her realize that it’s worth it to be true to herself.

When asked if she’s now ready to enter a new relationship, Barcelo, who broke up with her longtime boyfriend Wil Devaughn earlier this year, said she is — only this time she wants to be in a serious relationship.

On what kind of relationship she hopes to be in, Barcelo said she wants something like Anne Curtis' and Isabelle Daza's.