REVIEW: MMFF entry ‘Mindanao’ is the Filipino movie everyone needs to see

Brillante Mendoza’s film is a well-crafted mix of drama, action, and animation. 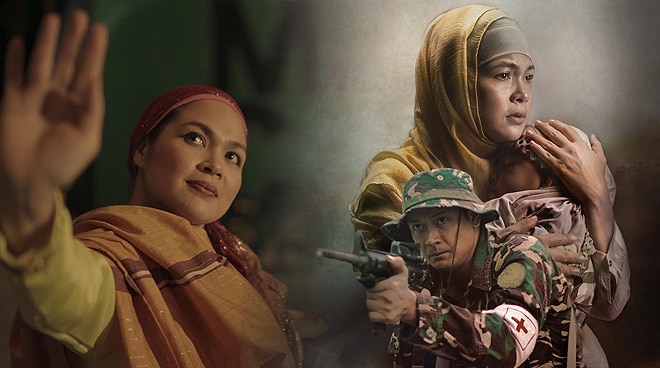 At first glance, director Brillante Mendoza’s Metro Manila Film Festival (MMFF) entry Mindanao looks much like an action film focused on the war ongoing in the second largest island in the country. It’s easy to write it off as such because the first things you will notice in the poster is Allen Dizon as a soldier with his gun all set to fire and Judy Ann Santos as a Muslim mother with a fearful look on her face. But in this case, appearances can be a bit misleading. Yes, the movie does feature a war and also delves into the lives of Muslims but it is also so much more than just that as well.

Initial hype for the film has largely been hinged on Judy Ann’s Best Actress win at the recent Cairo Film Festival and that is rightfully so. Her portrayal as Saima, a Muslim mother trying to save her cancer-stricken daughter Aisa is a journey you will root for from the start until the very end. Although her husband’s commitment to the military also challenges his emotions with him being constantly separated from his family, it is Saima’s display of outward strength and hidden anguish that will definitely capture the audience’s hearts and minds for the almost two-hour duration of the film.

Very much unlike what you’d normally see from a Brillante Mendoza film, Mindanao takes on a different path, with the unexpected use of animation, as most of the film is told from the point of view of their four-year-old daughter Aisa. The animation not only puts a lighter tone to the film, but makes it also more relatable for those who are usually not fans of tales of heavy drama or action. Part of the movie’s advocacy is also to educate the public on the struggles of parents with children who are battling cancer in a politically unstable environment. But at the very core of it, Mindanao is a movie about family and the unending love you can have for the people you love.