Iza Calzado to young girls on social media: ‘Live with who you really are’

Women’s advocate Iza Calzado has an inspiring message to young girls in the age of social media. 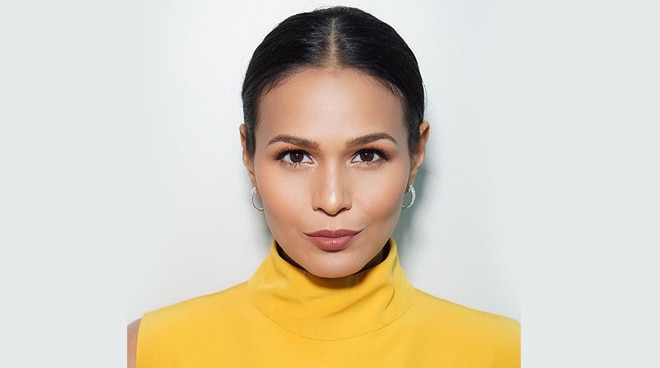 Culion actress Iza Calzado shared her journey to her advocacy on women's body positivity and self-love. In her interview on PUSH Bets Live, Iza opened up about how she reached such self-confidence and self-acceptance.

"I think a lot the body-positive influencers or the people I've been following on social media [made me feel like] I wasn't alone. Na parang mayroon din palang mga tao na ganito ang katawan.

"Sila talaga yung—winiwish ko pa nga no'n na sana I have that confidence. Kahit sa mga stretchmarks [or] malalaki sila. I wish even when I was big, I had that parang ‘be okay with myself,’ na I'm okay as I am," said the actress who admitted to be still struggling with body and image issues.

Last night, we were awarded the New PH award for being "luminaries of women empowerment" by @mega_magazine. We feel incredibly grateful for the support we’ve received over the last two and a half years mounting our events, producing our videos, meeting with our speakers and connecting with our tribe. . . It’s been quite a journey since we started, and we know that we still have a long way to go. We’re one of many organisations that work towards equality and we share this award with all the amazing the groups who have come before us and those who exist with us! . . May we all continue to pursue this progress. For everyone to have an equal seat at the table, and their voices acknowledged. Thank you, Mega Magazine for this recognition. We are humbled and honored! ⚡⚡⚡ . . Thank you @jericksanchez for this photo! 📸

During the same interview, Iza also shared her personal reasons for doing such efforts and how she eventually became one of the founders of a women’s organization, She Talks Asia.

"My realization was, parang I'm not using my platform the way I supposed to use it... There was certain emptiness. And I could understand na I'm not doing enough for other people, I'm doing so much for myself," Iza said.

When asked about a message for the young girls on social media, she said, "It's tough. These filters can make you look good, but at the end of the day you go home you look at yourself in the mirror and always have to stare back at who you are.

"You have to live with who you really are. It's fun, these apps are fun, and use them as a fun tool."

Iza Calzado is one of the lead stars of the new Metro Manila Film Fest movie entry, Culion. Written by Ricky Lee, and directed by Alvin Yapan, Culion will start screening on Christmas Day.