Your favorite celebs reveal what their plans are with friends and family this month. 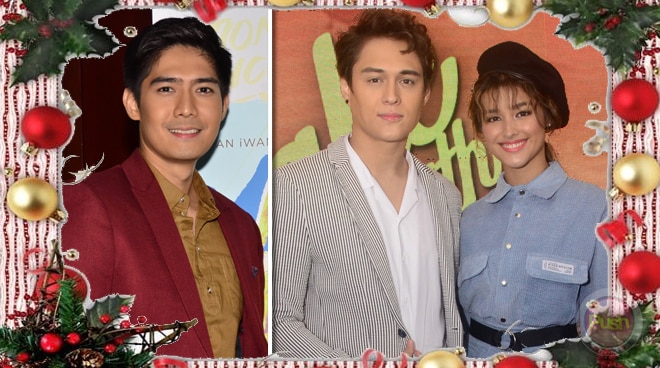 “I’m going to be going to the states to spend time with my family and also with Enrique’s family. But it’s going to be a bit shorter than how I usually spend my holiday trips because we have a new show coming out and we have to start working on that.” “I’ll be in Manila for Christmas with the family and then for New Year I’m thinking I might go to Boracay with family as well. But I’m not sure if Ate (Anne) can make it kasi nga preggers and it’s a small plane so we need to make sure that she’s also safe. But for myself, my brother, and my mom, we will most likely do Boracay. Sasama si Jeff (Ortega) for a few days but he’ll come back to Manila and mag-da-drive siya papunta La Union on the 31st para makaabot with the family din. Kasi siyempre he’ll want to spend it with his own family and his parents kasi matanda na rin ang dad niya.” “We had initial plans to celebrate in Taiwan. My mom actually wants to see Taiwan 101 that building and then may magandang celebration din for New Year. But may plans daw ang ABS-CBN to have their very first New Year’s countdown. It’s a big plan and the bosses called me so yun. Kung matuloy yun heck I’ll be the Ryan Seacrest when it comes to the ball drop so I’m excited for that one.” “We’re spending Christmas here but we have a game in Canada  so we’re going there on the 26th. This is for the MPBL league that we play for.”