Catriona Gray got to perform with the country’s most successful singers on ASAP. 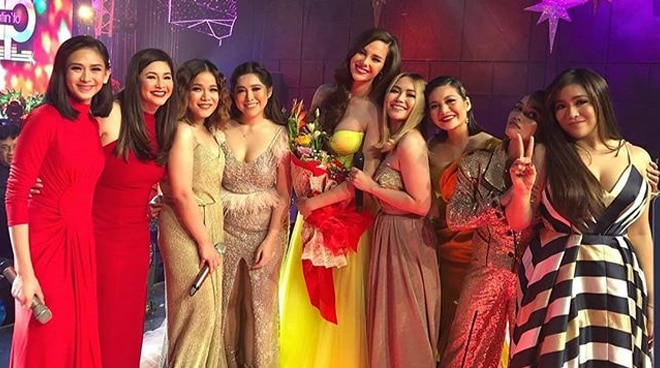 Catriona Gray remarked that she was honored to share the stage with the country's top singers. The former Miss Universe performed on ASAP last Sunday for her homecoming with Sarah Geronimo, Regine Velasquez, and Moira, among others.

“So. Friggin. Kiliiiiiig. So honoured to share the stage with these amazing crazy talented Pinays,” she wrote on Instagram.

In another Instagram post, the beauty queen said that performing with the country's most successful singers was a dream that came true.

“Such a dream to share the stage with our talented country's pride,” she said.

In an a previous interview, Catriona said that she would like to focus on her singing career now that she has returned to the Philippines. She is also set to release a book titled “Conquering Your Universe” under ABS-CBN Publishing, which will chronicle her journey in the pageant world.