“[It was] the moment that changed my life forever,” wrote Miss Universe 2015 titleholder Pia Wurtzbach. 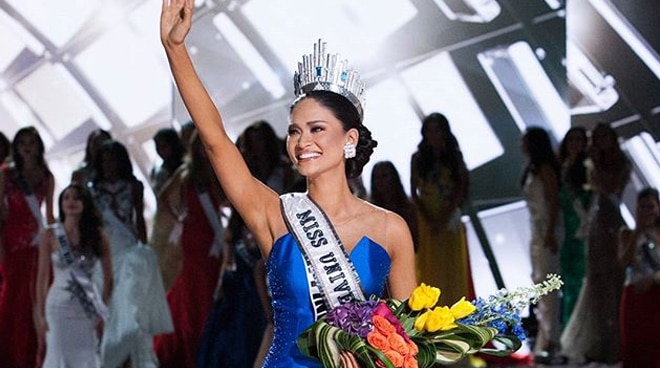 Beauty queen-turned-actress Pia Wurtzbach on Friday took to Instagram to reminisce the day that she was proclaimed Miss Universe.

Sharing a photo of her wearing her Diamond International Corporation (DIC) crown, and another one showing her waving to a thick crowd during her homecoming parade in Manila, she wrote: "December 20, 2015. Remember that day? The moment that changed my life forever and four years later, you're still here. This post is for you and I am happy and grateful for each one of you. Mahal ko kayo!"

Dec 20, 2015. Remember that day? 💙 The moment that changed my life forever and four years later, you’re all still here. This post is for you and I am happy and grateful for each one of you. (Swipe left) Mahal ko kayo! 🇵🇭 📸@magicliwanag

Pia broke the Philippines' 42-year Miss Universe drought when she was crowned in 2015.

Her win turned out to be the most controversial in the history of the prestigious beauty pageant after Miss Colombia Ariadna Gutierrez was mistakenly announced as the Miss Universe 2015 by host Steve Harvey. He later corrected this mistake, announcing Pia as the real winner of the competition.

Since passing on her Miss Universe crown to her successor, Pia has become a visible presence in local showbiz, having starred on films such as "Gandarrapido: The Revenger Squad" and My Perfect You" , as well as television shows "It's Showtime" and "World of Dance Philippines", where she served as host. Currently, she hosts her own travel show, "Pia's Postcards".