Catriona Gray lists the things that she expects to change with the new organization that owns the Miss Universe franchise. 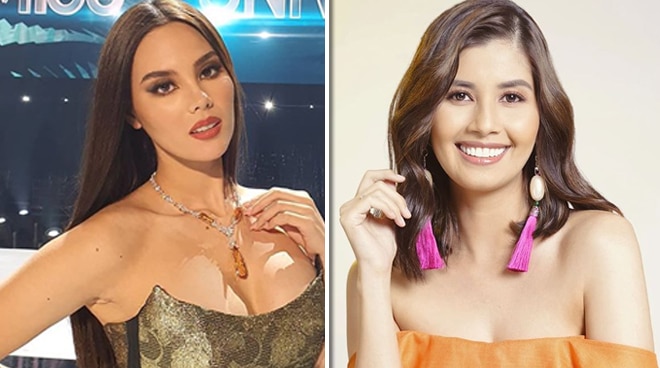 REDuring the contract signing of Catriona Gray with ABS-CBN Publishing, the beauty queen shared her reaction to the recent news about the new organization taking over the Miss Universe franchise.

The beauty-queen-turned-author took the chance to honor the previous team, Binibining Pilipinas Charities, on being part of her journey in her international career.

"A lot different brands expand and they've evolve, parang I want to pay homage and honor to Stella Araneta, and also Binibining Pilipinas for the amazing work they've done for the last 50 plus years. My experience under them was very trustful one. I think that they really trusted in my vision and allowed me to represent the Philippines in the best way that I could.

"So I've really does feel like an end of an era in a way. But I know that they will continue being able to bring amazing woman to represent the country," she told the press.

It was in December 9 when Miss Universe Philippines' official Facebook page posted an announcement about the transfer of franchise. The new team will be led by Shamcey Supsup, as the National Director.

When Catriona was asked by the press about the things she thinks could also change and/or expect from the new organization, "I feel like they really need to get the girls the opportunity to tell their stories in a very authentic way. Because I feel like with us wanting to share more on social media and wanting to create more content for things like a pageant, it can feel manufactured at times.

"I want to learn more about the girls why are they there, who are they, what are they passionate about and I feel like there would be a greater connect there, if the new brand can take that on," she said.

I am honored with my new role for the organization that brought meaning to my life as a beauty queen and as a woman. I am more than blessed to be the National Director of Miss Universe Philippines. As I continue to grow, I understand that being an architect and an entrepreneur are facets that will form part of my core as we continue the projects of Miss Universe and create more opportunities for aspiring beauty queens in the future. Thank you for the trust and confidence in my capabilities as a strong and independent woman.

Conquering Your Universe is the first book that Catriona will be releasing by early next year. Under her new management, Cornerstone Entertainment, the beauty queen is also expected to release a music single.