Liza Soberano revealed that she gave Jane de Leon some words of encouragement to help her deal with the pressure that comes along with the role given to her. 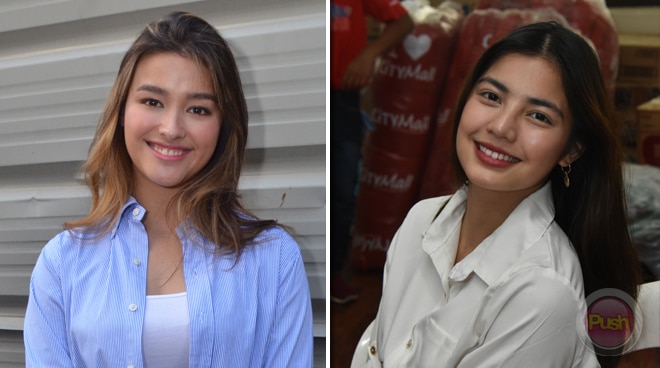 During the shoot for the ABS-CBN Christmas Station ID 2019, new Darna star Jane de Leon revealed that she already had the chance to meet Liza Soberano over dinner.

But what exactly did the two Kapamilya stars talk about?

Soberano, who visited the GRACES Home for the Elderly in Quezon City alongside Enrique Gil and other Kapamilya stars for the #StarMagicGivesBack2019 event, shared for the first time the conversation that the two of them had over dinner.

As it turns out, Liza Soberano shared with Jane de Leon her preparations for the iconic role - including what she had to go through back when she was still on board with the project.

Of course, she also gave Jane some words of encouragement to help her deal with the pressure, which came along with being chosen to play the role.

“I shared with her the journey that I had to go through in preparation for the character. And I just gave her words of encouragement and kind of parang like a pep talk on what to like look forward to about the role and everything,” she said.

Liza, who described Jane as “very down to earth,” believes the latter can pull off the role given to her.

“She’s a really nice girl and she’s very down to earth and I think she fits the role. I have no doubt that she can pull it off,” she stated.

The 21-year-old Kapamilya star also said that the actresses who previously portrayed the role of Darna would definitely give Jane the same amount of support they have given her as she deserves every bit of it.

“Actually, even when I was currently onboard with the project, everybody would always make me feel welcome - all the previous Darnas. And I’m sure that they’ll all do the same with her because she’s equally as deserving,” she stated.

Liza, who withdrew from the highly-anticipated project after suffering a finger injury, is set to star in an upcoming teleserye titled Make It With You alongside Enrique Gil.

Meanwhile, filming for the upcoming Darna has yet to begin.

Liza Soberano Jane de Leon Darna Make It With You