REVIEW: ‘Manilennials’ takes an unfiltered view on young professionals in the city 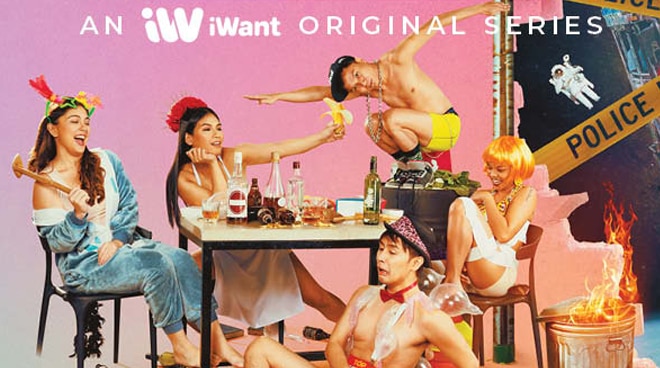 In a welcome attempt to take a peek into what goes on in the life of today’s millennials, iWant’s newest digital series Manilennials focuses on the everyday struggles of five unlikely friends all in their 20s—Missy, Art, Kiko, Ruth, and Yeye—as they navigate through their personal and professional lives while living in Metro Manila in the year 2016.

Ria Atayde plays the role of young lawyer Missy, who still needs to experience more of the world after growing up under the wings of her single mother. Chai Fonacier unleashes her already spunky personality in the role of Yeye, the temperamental upcoming artist. Nicco Manalo is Art, the call center agent who’s biding his time before fulfilling his dream to become a full fledged rap artist. Fifth Solomon is Kiko, a heartbroken guy who’s still searching for the right job and is always in a fragile state of mind because of his breakup. Mela Habijan’s character Ruth bears the brunt of everyday prejudices as she deals with everyday judgment from society as a transwoman.

Manilennials is a refreshingly unfiltered series that has many unexpected story archs as well as cameos from talented stars including one in episode five from the late great Eddie Garcia who plays Kiko’s (Fifth Solomon) potty-mouthed writing professor who suddenly becomes bedridden after a stroke. The 12-episode series premiered on iWant.ph on December 17.