Judy Ann Santos says she has prepared for the time when Yohan would want to meet her biological parents. 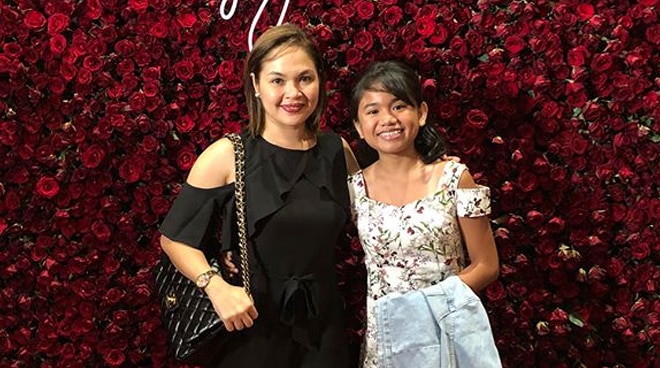 Judy Ann Santos shared on Tonight with Boy Abunda that her eldest daughter Yohan has already started being curious about her biological parents.

The Starla lead actress shared that while she was driving, Yohan started to ask, “Do you know my mom? Are you friends with my dad? Do you know where they live?”

Judy Ann gave an honest answer and said, “No.” However, she explained that she would be willing to find Yohan’s biological parents if Yohan decides to meet them soon.

“Sweetheart, if at some point, you want to meet them, you want to talk to them… If you feel that there are questions already in your heart that’s piling up, and feeling mo sila lang ‘yung makakasagot, we can look for them, because that’s your right,” she told Yohan.

When Yohan asked her if it would be okay with her to meet her biological parents ‘at some point,’ Judy Ann readily said, “Of course, anak.”

She also reminded Yohan how special and important she is to their family. Judy Ann adopted Yohan when she was 26 and was still single at the time. When she married Ryan Agoncillo, he legally adopted Yohan, too.

“Ryan and me started a family because of you. Basically ikaw ang mitsa ng kandila ng pamilya natin,” she always tells her daughter.

Yohan’s full name is Johanna Louise and her siblings Lucho and Luna’s full name were patterned after hers.

“Your name is Johanna Louis, Lucho’s name is Juan Luis, and Luna is Juana Luisa, all named after you. You came first, so always remember hindi ka basta salingkit dito. You started this family,” she told Yohan.

The Mindanao star also shared that she used to avoid the word ‘adopted’ and would always ask the press to not put the word ‘adopted’ in stories featuring her daughter as she might feel bad when she reads it. Eventually, she realized that it is a beautiful word.

“Eventually, I realized, it’s such a beautiful word. Napakagandang salita ng word na ‘adopted’ or ‘adoption,’ because somebody wanted you in their lives. They chose you,” she said.

Judy Ann’s movie Mindanao is one of the official entries in this year’s Metro Manila Film Festival (MMFF).