Sunshine Cruz grateful for ‘second chance’ at life with children 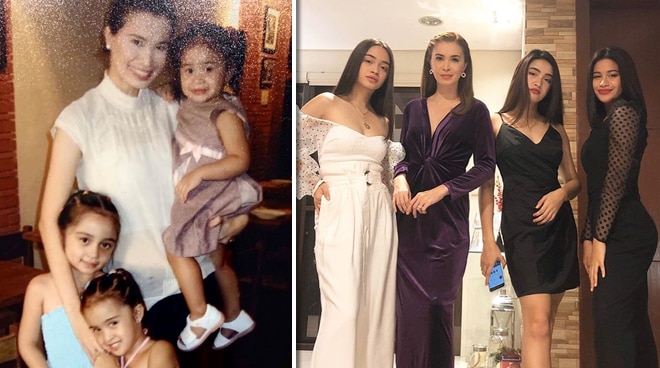 This was how Sunshine Cruz put to words her emotions as she looked back on her life as a struggling single mother over 13 years ago.

On Instagram on Wednesday, the seasoned actress posted an old photo of her with her then-little daughters, Angelina, Samantha, and Chesca.

According to Sunshine, she couldn't help but turn emotional every time she sees an old photo of herself as it reminds her how she has come a long way since her days as a struggling parent.

The Love Thy Woman star went on to express her gratitude for being given a “second chance" at life, and for having raised three “tough” and “confident” children on her own.

Angelina, Samantha, and Chesca are all Sunshine’s daughters with action star Cesar Montano. Their marriage was annulled just last September 2018, almost 18 years after they tied the knot.