K-Pop group Super Junior is back in Manila

Super Junior is set to hold a one day only show at the Mall of Asia Arena today, December 15. 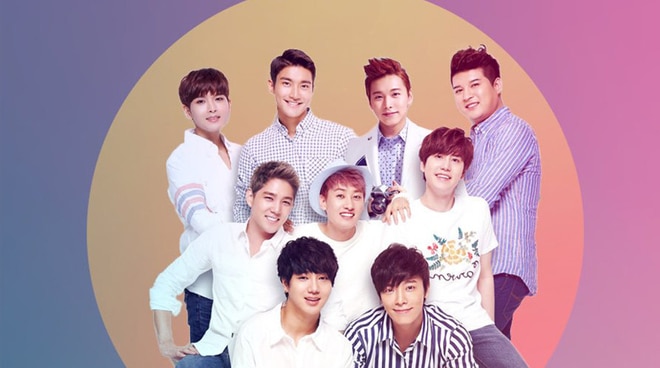 The King of Hallyu wave is back!

K-Pop group Super Junior has arrived in Manila a day before their scheduled Super Show 8 concert at the Mall of Asia Arena.

One of its members, Leeteuk, even opened the door of the van he was riding on just to say “hi” to those who waited for them at their airport.

Leeteuk opened the door to say hi to PH ELFS who are waiting outside the airport too😭💙 he is indeed the sweetest leadernim ever! #SJReturnstoPH #MabuhaySuperJunior #SUPERJUNIOR
pic.twitter.com/LuKLSReCnq

Meanwhile, those who couldn’t make it to the airport joined forces by making multiple hashtags trend on Twitter including #SJReturnsToPH, #MabuhaySuperJunior, and #SS8inManila.

Time check :>
PHILIPPINES current time 5:30am and this Ryeowook fancam got 170k views before the performance in #SS8inManila 🔥🔥 looking forward for another great fancam since I won't be there to take the video 😭😭 #SJReturnstoPH #MabuhaySuperJunior
pic.twitter.com/ZAca7y7oZ3

Due to their huge success worldwide during the peak of their popularity, Super Junior was dubbed King of Hallyu wave.

Super Junior is set to perform at the Mall of Asia Arena today, November 15.